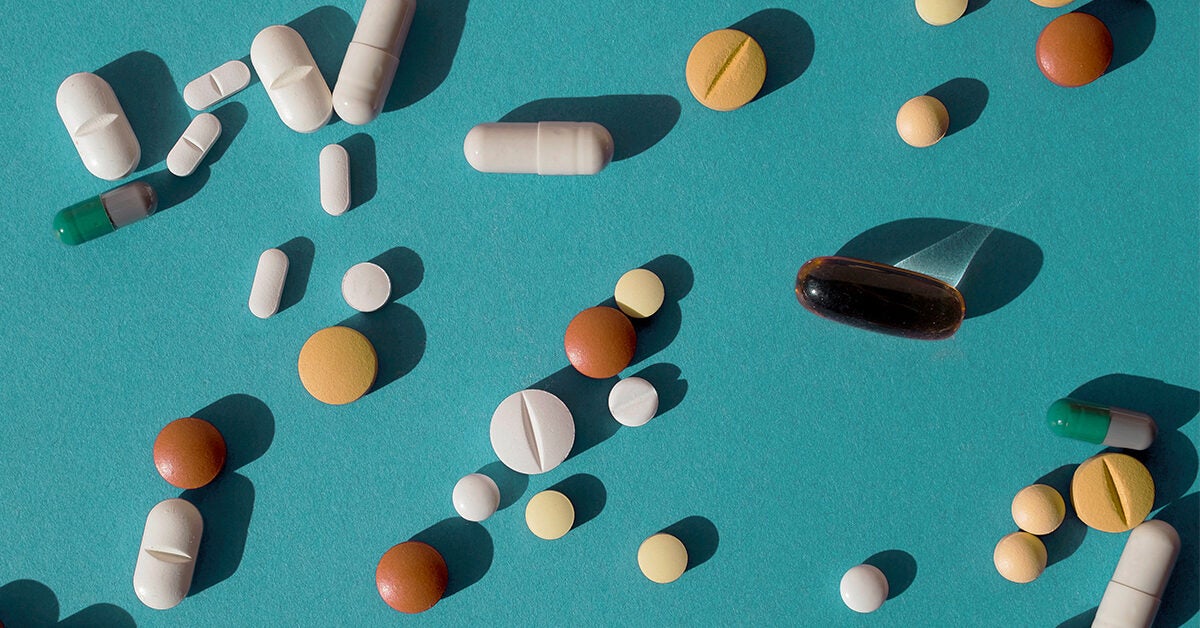 A wide range of prescription and over-the-counter medications are potentially “ototoxic,” or harmful to the ears.

Ototoxic medications can potentially cause tinnitus by damaging the sensory cells located within the inner ear. These cells are needed for balance and hearing.

Symptoms of tinnitus may resolve once the medication is stopped, or the dosage is changed. However, in some instances, tinnitus caused by ototoxic drugs may be long lasting or permanent.

Not everyone who takes an ototoxic medication will develop tinnitus. Risk factors, such as exposure to loud noise while taking the medication, may increase your risk.

In this article, we’ll go over some common types of ototoxic medications as well as what you can do to avoid tinnitus.

Analgesics are pain medications. They’re available as over-the-counter medications and by prescription. Your doctor may prescribe an analgesic for you to reduce pain caused by arthritis, tendinitis, and other conditions.

Analgesic drugs that may cause tinnitus include:

Analgesics are taken by millions of people annually, without causing tinnitus. However, long-term moderate and high dose uses are both associated with this effect.

Tinnitus caused by NSAIDs and acetaminophen is usually temporary and resolves once the medication is stopped. However, persistent tinnitus can also occur.

A of 69,455 women found that frequent, moderate-dose use of aspirin, NSAIDs, and acetaminophen were all associated with the occurrence of persistent tinnitus.

Aminoglycoside antibiotics are broad-spectrum antibacterial medications used to treat certain types of bacteria, such as E. coli. They work by limiting the creation of protein within the bacteria.

These types of antibiotics may be prescribed for children and adults. They’re sometimes administered via injection.

In some instances, aminoglycoside antibiotics may cause permanent tinnitus. Hearing loss has also been reported. A family history of this condition may increase your susceptibility to this side effect.

There are many different types of chemotherapy medications. The type you’re prescribed will be determined by the type of cancer you have.

Chemotherapy drugs, especially platinum-based drugs, can be highly ototoxic. For this reason, your oncologist may have your hearing monitored during treatment, to determine if dosage changes or other types of changes should be made.

Chemotherapy drugs may cause permanent or temporary hearing loss and tinnitus. If you already have hearing loss, you may be more vulnerable to ototoxic effects.

Some chemotherapy drugs that can cause tinnitus include:

Loop diuretics are prescribed medications used to reduce fluid retention caused by conditions such as:

Tinnitus caused by loop diuretics is typically temporary and resolves after the medication has been stopped. However, if loop diuretics are taken in large doses or with other ototoxic medications, they may cause permanent tinnitus.

Loop diuretics known to have this effect include:

Ironically, furosemide has been shown to reduce the effects of tinnitus in a done on guinea pigs.

Anti-malarial medications are more likely to cause tinnitus when taken in high doses over a prolonged period. Short-term use rarely causes tinnitus, but it can occur.

When tinnitus is caused by short-term use of anti-malaria drugs, it’s typically temporary.

The anti-malarial drugs most associated with tinnitus are:

Depression can occur along with tinnitus. Antidepressants are often used to treat tinnitus, with positive results.

Abruptly discontinuing antidepressants after long-term use may also cause tinnitus. A of a person who took Venlafaxine, a serotonin and norepinephrine reuptake inhibitor (SNRI) for 8 years, and developed tinnitus after discontinuing the medication.

Tinnitus caused by antidepressants is not common. If you do experience tinnitus or hearing loss, talk with your prescribing physician. There are many antidepressants that don’t have ototoxic properties.

Benzodiazepines are mild tranquilizers that are used on a short-term basis to treat anxiety, insomnia, stress, and alcohol withdrawal. Tinnitus is a rare but potential side effect primarily most associated with long-term use.

Tinnitus is a rare side effect of isotretinoin, an oral medication used to treat severe acne.

Even though this side effect is uncommon, let your doctor know immediately if you experience tinnitus or hearing issues while taking this medication. There are many alternatives, including topical treatments, you can use instead.

Beta blockers are used to treat high blood pressure (hypertension). High blood pressure is a risk factor for tinnitus, especially in older adults. Your condition as well as your treatment may put you at greater risk.

Some beta blockers, such as Coreg (carvedilol), are associated with hearing loss and with tinnitus.

Other beta blockers which may occasionally have tinnitus as a side effect include bisoprolol and nebivolol (Bystolic).

ACE inhibitors are another class of drug used to treat high blood pressure. Tinnitus is a possible side effect of several ACE inhibitors, including:

Over 200 medications are ototoxic and may cause or worsen tinnitus or hearing loss. These include analgesics like aspirin and ibuprofen and chemotherapy drugs such as cisplatin.

Tinnitus that results from the use of ototoxic medications can be temporary or permanent. In many instances, your doctor may be able to alter your dosage or recommend a different medication for you that doesn’t have tinnitus as a side effect.