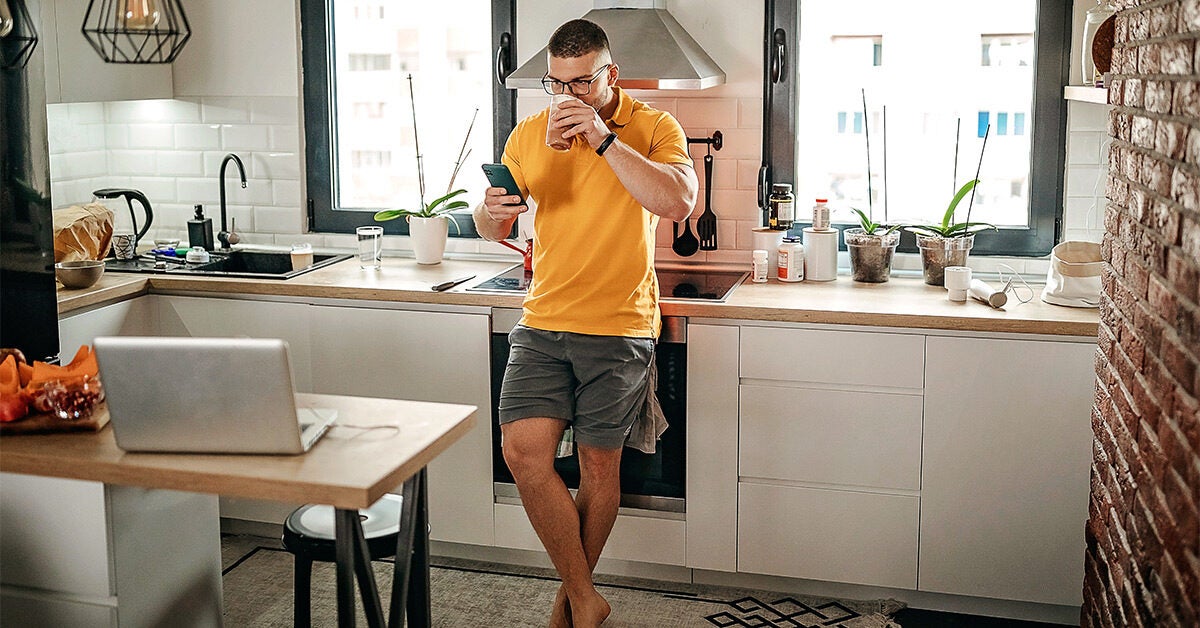 Most men recognize the need to eat a healthy diet and get plenty of exercise. However, a new survey conducted by The Harris Poll for Orlando Health has found that they may be missing out on another vital piece of the wellness puzzle: seeing their personal physician for regular checkups.

According to the survey, 33 percent of men believe that annual checkups are unnecessary.

In addition, around 65 percent of them hold the belief that they are naturally healthier than their peers.

The survey also found that, while men might not be talking with their doctor, they are seeking out health information on the internet. About two-thirds of them reported getting advice via social media.

Another important finding was that men tended to put the needs of others first, even when it comes to their pets. Around 40 percent of them said they prioritize their dog or cat’s health before their own.

Dr. Bruce R. Kava, professor of urology and director of men’s health at Desai Sethi Urology Institute, University of Miami Miller School of Medicine, said even if you think you are healthy and feel fine, it’s important to have an annual physical.

Kava noted that between the ages of 20 to 55, there is a decline in the number of men visiting their doctor. However, he believes that these are the years when they should be seeking out preventative and wellness care.

“Erectile dysfunction and prostate problems are often the driving force behind these visits,” said Kava, “however these are problems that occur as a result of underlying medical conditions that have evolved over the 30 years that men have not sought care.”

He explained that cardiovascular disease and cancer are often the underlying diseases, which can be cured or avoided if we detect them earlier.

“We believe that is the benefit of earlier checkups,” said Kava, “not only to identify evolving disorders, but to prevent them from developing in the first place.”

Kava further explained that there are a number of conditions — like high blood pressure, obesity, type 2 diabetes, and abnormal blood lipids — that can contribute to a major cardiovascular event that is fatal in up to 30 percent of cases in men.

Also, endocrine disorders, sleep apnea, peripheral vascular disease, cancer, drug and alcohol dependency, depression, and many others can be missed, he added.

“The later that these disorders are diagnosed, the more difficult it is to treat and reverse the disorder,” he said.

However, he believes that getting your medical information solely from the internet or social media can be a bad idea for a couple of reasons.

First of all, there is a great deal of misinformation, he said. “I think we’ve seen very clearly throughout the course of COVID-19 how misinformation can be used and abused.”

Secondly, it’s never a good idea to diagnose yourself, according to Halkitis.

Your doctor can answer your questions much more effectively than the internet can.

You could also get the diagnosis wrong, says Halkitis. As result, you could allow a situation to continue and become more severe rather than getting proper assistance in treating it.

“I think we’ve seen numerous situations on television over the course of the last few years,” said Halkitis, “that show situations where people have avoided issues with their feet, or issues with lumps on their body, and, as a result, how those have not only taken a toll on their lives physically, but emotionally and socially.”

The bottom line? It’s wise to leave diagnosis and treatment to the trained professionals.

Kava said that many men in our society consider themselves providers, placing their own health needs behind their family’s, so they may avoid getting routine medical care. However, it is important to take care of yourself too.

“Identifying underlying disorders at an earlier stage will help you live longer and healthier lives,” he said. “That is the underlying goal with annual wellness or men’s health examinations.”

According to Dr. Thomas Kelley, family medicine specialist at Orlando Health Physician Associates, fear is another big reason that men avoid seeing their doctor. “If you’re a man and you haven’t been to the doctor in a while, you don’t really know what to expect.”

Halkitis agreed, noting that, “Fear is an extremely misunderstood and understudied driver of healthcare avoidance.”

Pointing to his own personal experiences, he related how his own father had died at the age of 57 because he feared doctors. By the time he finally saw a doctor, his stomach cancer had already spread throughout his body.

“Had he gone to the doctor as soon as he started having stomach pains, this could have been detected and he might still be alive today,” said Halkitis.