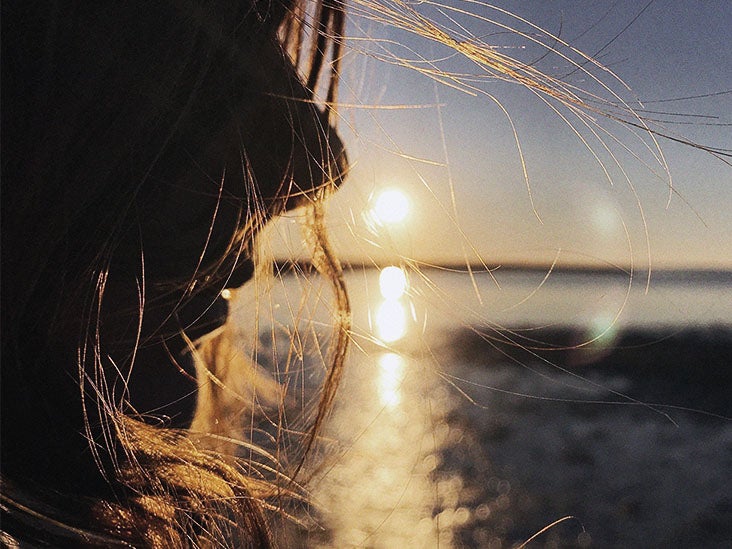 Worldwide, are one of the leading causes of death. Every year, an estimated 17.9 million people around the world die as a result of complications from heart diseases. For context, this means that CVDs are responsible for 32% of all deaths globally.

Prior show that various factors — such as several health conditions, age, family history, diet, and lifestyle — combine to influence the risk of developing CVD.

Using a novel analytical approach, researchers in Australia have discovered an additional factor that may increase a person’s likelihood of CVD.

Lead author Prof. Elina Hyppönen, director of the Australian Centre for Precision Health at the University of South Australia Cancer Research Institute, outlined the results of the study for Medical News Today,

“We found evidence that vitamin D deficiency can increase blood pressure and the risk of CVD.”

“However,” she added, “increasing vitamin D concentrations will only be helpful for those participants who ‘need it,’ and further benefits from elevating concentrations beyond the nutritional requirement are going to be modest, if they exist.”

The results from the study appear in the European Heart Journal.

In the recent study, the researchers set out to investigate whether there is a relationship between serum 25-hydroxyvitamin D, or 25(OH)D, and the risk of developing CVD.

To test their hypothesis, the researchers employed a specific analytical method to analyze data from UK Biobank — a large prospective cohort study of the United Kingdom’s population aged 37–73 years.

The participants were recruited from 22 assessment centers across the U.K. between March 13, 2006, and October 1, 2009. They filled out questionnaires providing broad information on health and lifestyle at baseline and provided blood samples for biomarker and genetic assays.

For the study, the research team limited data analyses to unrelated individuals who were identified as white British based on self-report and genetic profiling. Additionally, the team excluded participants with mismatched information between self-reported and genetic sex.

After filtering, the research team conducted genetic assays among individuals with complete information on 25(OH)D concentrations. As a safety measure, they also collected variables — including age, sex, and time of sample collection — that could affect serum 25(OH)D measurements.

The scientists collected this information from up to 295,788 participants.

The researchers compared the results with those of a control group without a CVD diagnosis. The research team also conducted a secondary analysis to examine the association of 25(OH)D concentration levels with blood pressure.

The researchers state that the average 25(OH)D concentration level among the 267,980 participants finally surveyed was 50 nanomoles per liter (nmol/l).

They also note that:

Less than 0.1% of the participants had 25(OH)D concentration levels exceeding 125 nmol/l.

Further analysis revealed that the individuals with serum 25(OH)D at 25 nmol/l had 11% higher risk of CVD than those with concentrations of 50 nmol/l.

However, there appeared to be a reduction in the likelihood of CVD occurrence with higher concentration values. For example, the participants with concentrations of 75 nmol/l had 2% lower odds of CVD when compared with those at 50 nmol/l.

The researchers observed similar nonlinear associations in the relationship between 25(OH)D concentrations and the blood pressure levels of the participants. At 25 nmol/l, there was a noticeable increase in blood pressure values when compared with 50 nmol/l.

The findings led the scientists to conclude that vitamin D deficiency can increase the risk of CVD.

To fully understand the implication of the results, MNT reached out to experts.

He observed that there has long been confusion as to whether to check vitamin D levels when assessing cardiovascular risk and what to do with the information after obtaining the results,

“[However, now], this study establishes that it is worthwhile to check vitamin D levels for the purpose of assessing cardiovascular risk and, moreover, supplementing vitamin D for those who are most deficient.”

The authors explain that the strength of their study lies in the novel way that they analyzed their data. To their knowledge, the study is the first genetic analysis using a nonlinear framework to explore the shape of the association of 25(OH)D with CVD risk.

Furthermore, through rigorous experimental practices, they were able to minimize biases and reduce chance findings.

Despite the strengths, the study is not without its limitations. First, by limiting the analysis to participants of white British descent, it is not clear whether the study results are applicable across other ethnic groups.

Also, with a response rate of 5%, UK Biobank is not representative of the general U.K. population, despite its large sample size.

Nevertheless, the results of the study may lead to new possibilities in the management and diagnosis of CVD.

“People should discuss checking their vitamin D level with their physicians, as there is variability from one doctor to another as to whether this is checked as a matter of routine. If the vitamin D level is found to be significantly low, there is now evidence to suggest that increasing this level will decrease cardiovascular disease risk, including the risk of coronary artery disease and stroke.”