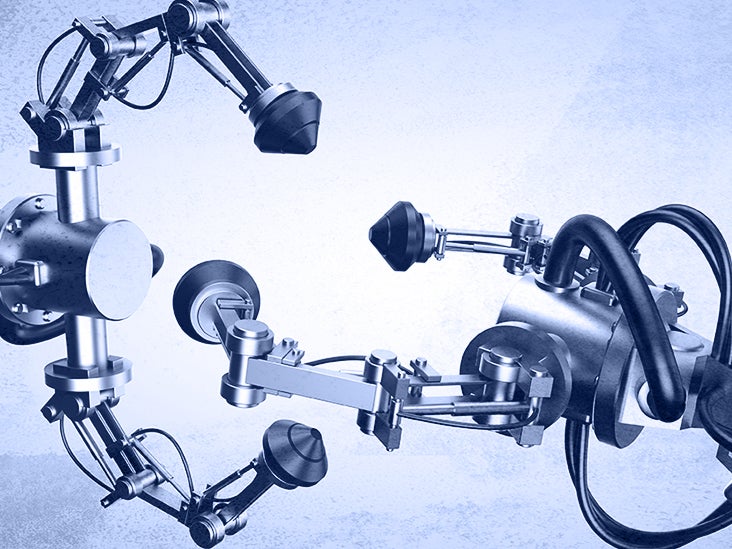 Skeletal muscle enables the body to move and maintain posture. Direct injury — for instance, from trauma — can impair a person’s movement and quality of life.

People have been using massage and other mechanotherapies for thousands of years to soothe aching and injured muscles. However, the science behind the effects of massage has not been examined in detail.

“Lots of people have been trying to study the beneficial effects of massage and other mechanotherapies on the body, but up to this point, it hadn’t been done in a systematic, reproducible way,” explains lead author of the current study Dr. Bo Ri Seo, Ph.D.

“Our work shows a very clear connection between mechanical stimulation and immune function,” he continues.

Like much of the human body, skeletal muscle can repair itself. The process involves three stages:

During the repair phase, satellite cells, or muscle precursor cells, grow and differentiate into muscle cells. These then replace injured cells in the muscle fiber, and scar tissue forms.

Despite its complications, surgical treatment remains the current standard of care for severe muscle injury.

Recognizing the need for an effective noninvasive treatment for severe skeletal muscle injury, researchers from Harvard University in Cambridge, MA, conducted a study investigating the use of mechanotherapy as a potential treatment.

Their findings appear in the journal Science Translational Medicine.

Dr. Seo, who is a postdoctoral fellow at the Wyss Institute at Harvard, explained to Medical News Today:

“Our previous study has shown the beneficial impacts of compressive loading for skeletal muscle regeneration. Based on the finding, we wanted to develop a [scientifically] validated, optimal protocol for mechanotherapy and to understand the mechanisms associated with the therapeutic impacts.”

The researchers developed an external robotic device to deliver a precise, controlled, and measurable pressure to the leg muscle in mice. The scientists also used ultrasound to measure tissue response to the stress applied.

One to 14 days after injury, the scientists gave the mice in the treatment group mechanotherapy with pressure corresponding to muscle strains of 10, 20, or 40% for 5 minutes every 10–12 hours. The scientists did not treat mice in the control group.

Compared with the control mice, the mice in the treatment group demonstrated a significant reduction in muscle fiber damage and scarring. The authors also note increased muscle fiber diameter, which is an indicator of repair and strength recovery.

Since muscle repair improvements were similar across the 10, 20, and 40% groups, the study continued using the 20% muscle strain pressure setting for the remaining experiments.

To uncover how mechanotherapy promoted muscle repair, the researchers also measured levels of inflammatory factors — cytokines and chemokines — over time.

The study identified that mechanotherapy reduced levels of a cytokine responsible for the movement of neutrophils by more than half by day 3. Neutrophils help clear damaged cells and communicate with other cells to promote repair and immune response. Neutrophils also play a role in inflammation.

To understand why neutrophils and cytokines were moving out of the muscle, the researchers injected a fluorescent compound into the muscle. They observed that mechanotherapy was directly causing this exodus from the muscle.

Next, the scientists cultured satellite cells — which are essentially muscle stem cells — with factors that neutrophils secrete. They wanted to assess their effects on muscle repair.

The study authors found that neutrophil-secreted factors initially promoted repair, but when they were present for a longer time, they impaired muscle fiber production.

After analyzing the muscle fibers produced in the two groups after 14 days, the researchers found that the leg muscle cells treated with mechanotherapy contained more type IIX fibers.

Type IIX fibers have a larger diameter and can produce increased force, consistent with the results the researchers saw in the mice that received mechanotherapy.

In the final experiment, the scientists used an antibody treatment to remove neutrophils in the mice during the first 3 days after injury. They found that the muscles of the treated mice recovered more quickly.

They discovered that both mechanotherapy and antibody treatment led to significantly reduced muscle damage and the development of larger muscle fibers.

Dr. Bert Mandelbaum, who was not involved in the study, also spoke with MNT. Dr. Mandelbaum is an orthopedic surgeon at Cedars-Sinai Kerlan-Jobe Institute and co-director of the Cedars-Sinai Regenerative Orthobiologics Center in Los Angeles.

He was intrigued by the experimental design — particularly the use of robotics to “prescribe” specific muscle loads and then assessing the biological factors that the loads produce.

“Also, we were surprised by the fact that neutrophils were significantly involved in this process by directly influencing muscle progenitor cell activities,” he continued.

“In addition, we found that compressive loading rapidly reduces neutrophils and their associated factors by day 3 after injury — with this change […] confined to the injured site. This makes mechanotherapy a great therapeutic candidate for patients who are already using other medical interventions or existing health complications — for example, inflammatory diseases.”

He went on to say: “Our findings are based on [studies in] mice, so further studies are needed to confirm its impacts for larger animals and humans. Furthermore, since the kinetics and amplitudes of immune response can differ depending on types of injuries, how and what to be delivered should be optimized accordingly.”

In conclusion, Dr. Mandelbaum told MNT, “I think it’s a great hypothesis, something needing to be proven over time.”