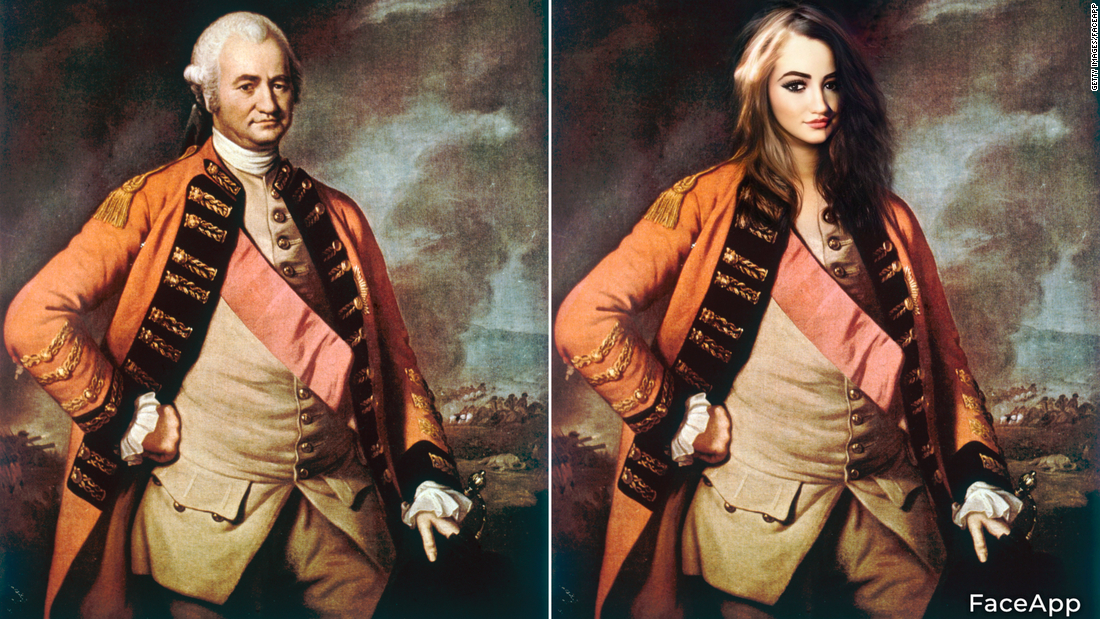 Another year of masks, “Zoom” face and excessive screen time appears to have knocked the beauty industry off its axis.

In 2021, TikTok — the video platform with a track record of catapulting cosmetics to such success that they remain sold out for weeks — was awash with weird, wonderful and downright strange skin care hacks and beauty tips.

The app has proved itself a big player in the beauty industry over the past two years, influencing consumer habits by reigniting interest in products released years ago (searches for this color corrector released in 2016 are just now reaching all-time highs thanks to TikTok) and also pushing forward new trends — including a few that still have IRL beauty junkies scratching their heads.

A dizzying mix of hair hacks, slimy creatures and theatrical makeup looks, here are some of the year’s most bizarre TikTok beauty fads.

It became clear soon into 2021 that masks weren’t going anywhere.

Noses stayed hidden in many situations: covered in cloth while traveling on public transport and out running errands. Some more than others appeared to have missed this central facial feature: cue the meteoric rise of nose blush.

Dabbing or slathering hot pink blush onto the base of your nose was a makeup trend no one could have predicted. It first began on TikTok as part of the app’s defining E-Girl look — an internet subculture characterized by heavy eyeliner, thick brows and usually a faux heart-shaped freckle.

But this year, nose blush entered the mainstream — the hashtag has more than 850,000 views — as a growing number TikTokers achieved Rudolf-levels of pigment on the tips of their noses.

A dystopian drama full of gore, sweat and masks may not seem like a natural source of beauty inspiration, but the surprise Netflix hit “Squid Game” — about a contest in which players compete in children’s games with life-or-death stakes — pulled it off.

On social media, users — including YouTubers James Charles and Raiza Contawi — created their own makeup looks inspired by the show’s fictional contestants, such as Kang Sae-Byok, the cagey North Korean refugee. The looks mimicked “Squid Game” characters’ gaunt eye bags, sweaty glow and even injuries — topped off with a smattering of faux freckles to match Sae-Byok’s.

Of course, the show’s terrifying Red Light, Green Light doll was also a popular Halloween costume choice for stars such as Lisa from Blackpink, who completed the look with drawn-on, larger-than-life eyes and pigtails.

However, some of them chased a very specific type of eye-bag shape known as “aegyosal” in South Korea. Translating roughly to “cute fat,” aegyosal is a puffy eye bag that K-Beauty website Soko Glam says helps you “look younger and your eyes more cheerful and inviting.”

In addition to TikTok tutorials and aegyosal-specific products launched by brands such as Etude House, more long-term cosmetic procedures such as filler injections and plastic surgery treatments to achieve the look have also popped up in the United States.

On TikTok, a popular filter known as “Belle” — which superimposes aegyosal onto users’ faces — also made the rounds, creating buzz for championing an Asian beauty standard, as opposed to a Western one.

It isn’t unusual for TikTokers to turn to random items in the name of a beauty hack, but lube is perhaps one of the most unexpected ones.

After TikTok user Lukáš Kohutek apparently kicked off the trend this year — beginning his beauty tutorials with a smear of Durex — others jumped on the bandwagon. The gel is applied either with a brush or using your hands all across your face, and after it dries clear, foundation and the rest of your beauty look is applied on top.

According to YouTuber Grwady, the lube helps create a “smooth, fine texture” to your skin.

Most people generally discard water after they’ve finished washing their rice. But some savvy social media users have taken to fermenting and bottling the milky liquid instead.

While the beauty practice has been around in Japan since ancient times, according to researchers, it became popular across the globe this year after social media influencers said washing their hair with rice water made it grow faster. Instagrammer @anisasojka claimed in one reel her locks grew “3 inches in one month.”

Snail mucin — the slimy, protein-packed secretion that comes from a snail’s mucus glands — has long been a popular ingredient in K-beauty for its radiance-inducing qualities.

This year, TikTok seemed to catch wind of snail mucin as a holy grail product. Corsx, a manufacturer of snail slime skin care, has their own hashtag on TikTok with 3 million views. Google searches for their product “Cosrx Advanced Snail 96 Mucin Power Essence” were up 140% this year, too.

But users found a cheaper way of getting their hands on this beautifying goo: straight from the snail.

Some TikTokkers began putting snails directly onto their faces and letting them inch across the surface, before massaging the glistening trail into their skin. Many have realized their giant African snail pets can double up as an at-home beauty treatment, while others rolled up their sleeves and harvested regular garden snails.

Perhaps the most stupefying beauty trend of 2021 had, in fact, almost nothing to do with our actual faces. The “Yassification” meme was technically born on Twitter, after someone posted two images side-by-side: a screenshot of actor Toni Collette from the 2018 horror film “Hereditary,” and the same screenshot after a few rounds of FaceApp editing.

Collette’s round mouth is still agape in terror, only now it has been plumped by scarlet red lipstick. The disconnect between context (“Hereditary” is a scary movie) and the altered subject (Collette looks like a digitally dolled-up influencer) was what caused the original meme to spread like wildfire.

Now, yassification has migrated to TikTok, where users mock the clever editing software that leaves their faces unrecognizable through layers of AI-generated airbrushing, lip-lining and hair thickening.