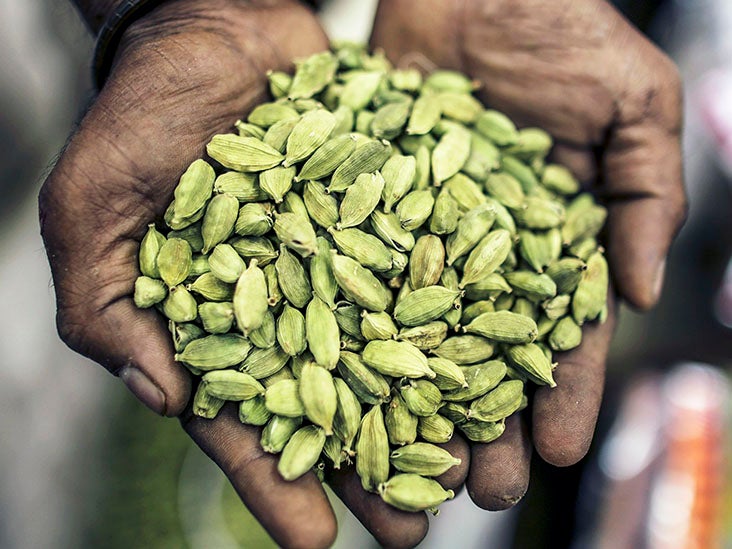 (TNBC) is a particularly challenging form of the disease. TNBC makes up 10–15% of all breast cancers and is particularly prevalent in younger women, Black women, and women with the BRCA1 mutation. It typically spreads faster and has a less favorable outlook than other invasive breast cancers.

TNBC cells test in the negative range for three components that are often targeted in hormone treatments for other breast cancers: , and the . As a result, there are fewer treatments available for TNBC.

In Philadelphia on April 3, Dr. Patricia Mendonca, assistant professor and research analyst at Florida A&M University in Tallahassee, FL, presented evidence that the natural compound cardamonin may have the potential for treating TNBC. Cardamonin is found in the spice cardamom and other plants of the Zingiberaceae (ginger) family.

“We believe [cardamonin] has a great potential as an anticancer compound that could be used in triple-negative breast cancer prevention or in combination with existing drugs.”
– Dr. Patricia Mendonca

“The approach in our lab,” said Dr. Mendonca, “is to investigate different natural compounds for their potential as anticancer drugs.”

“So, currently, we have many studies in parallel investigating different . We believe they are a natural source of compounds that can fight cancer through the inhibition of inflammation, oxidative stress, and other processes that may lead to carcinogenesis,” she continued.

Dr. Mendonca said cardamonin had been a promising candidate thanks to several publications documenting its pharmacological effects, particularly its anticancer properties against breast, prostate, and colorectal cancer and inflammatory and cardiovascular diseases.

“Taking into consideration all the reported pharmacological effects and that cardamonin has been used in Indian cuisine for many years and sold as a supplement at health stores, we decided to investigate its effect on the PD-L1/Nrf2 axis,” she explained.

There are two checkpoint proteins that play an important role in the body’s response to cancerous cells:

These proteins help keep the body’s immune responses under control.

When PD-1 binds to PD-L1, it acts as a “brake” that stops T cells from attacking other cells. While doing so, it also prevents T cells from killing cancer cells, which have large amounts of PD-L1, and therefore helps them escape the body’s immune defenses.

Hence, inhibiting PD-L1 and blocking it from binding to PD-1 increases the T cells’ ability to kill the cancer cells. Immunotherapy medications such as avelumab (Bavencio) and atezolizumab (Tecentriq) employ this principle.

Dr. Mendonca and her team decided to investigate the inhibitory effect of cardamonin on PD-L1 to see if it was a viable treatment for triple-negative breast cancer.

The researchers found that treatment with cardamonin resulted in a dose-dependent decrease in cell viability for both cell lines, and showed to be effective.

The researchers noted that after stimulation with IFN-γ, a cytokine that modulates an array of immune responses, PD-L1 was reduced in the Caucasian cell line but increased in the African American line.

Dr. Mendonca said these findings support other research showing “differences in the tumor microenvironment between African and non-African Americans.”

Overall, Dr. Mendonca believes the research is promising. Cardamonin could have the potential to be used in new, less arduous treatments for TNBC other than surgery, radiation, or current chemotherapies.

“The fact that cardamonin has been used for centuries as a spice and, more recently, as a supplement, shows that its intake is safe and may bring health benefits. Our research shows that cardamonin holds potential for improving cancer therapy without as many side effects as other chemotherapeutic agents.”
– Dr. Patricia Mendonca