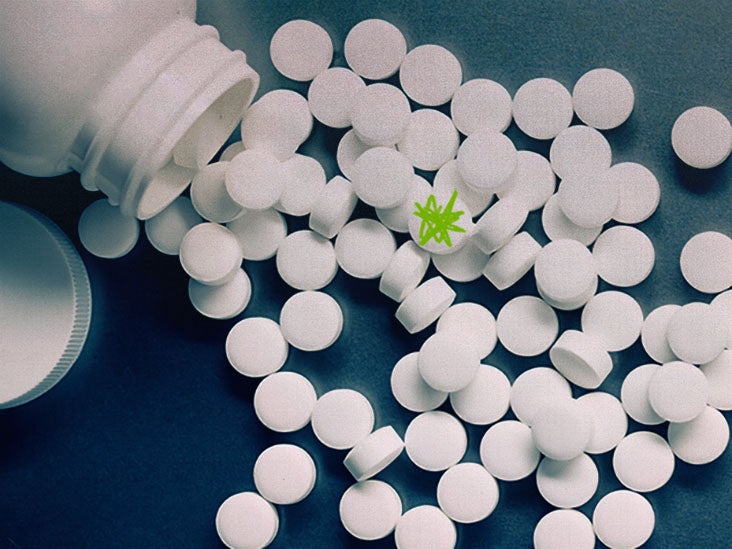 Prednisone is a corticosteroid drug that reduces inflammation in a wide range of conditions, including muscular dystrophy, asthma, colitis, arthritis, and psoriasis.

However, while the treatment is highly effective, daily prednisone can cause weight gain and muscle wasting, among other serious side effects.

Researchers are keen to discover whether a weekly dose of prednisone could provide the same anti-inflammatory benefits as a daily dose, but without promoting weight gain and wasting.

In a recently published pilot study, scientists at Northwestern University Feinberg School of Medicine in Chicago, IL, found that a once-weekly dose of prednisone improved muscle performance in people with muscular dystrophy.

Unlike a daily dose, the weekly treatment did not appear to cause the usual side effects of corticosteroid treatment, such as weight gain, high blood sugar, and high blood pressure.

There were also no serious adverse events or persistent side effects from the treatment.

Whether the same strategy could prevent weight gain and muscle wasting in people who do not have muscular dystrophy is unclear, however.

To start to answer that question, one of the researchers has now compared daily and weekly prednisone in mice fed a high fat diet. Elizabeth M. McNallly, Professor of Medicine (Cardiology) and Biochemistry and Molecular Genetics from Northwestern University Feinberg School of Medicine in Chicago, IL, led the study.

They found that a weekly dose prevented obesity and improved muscle metabolism in the animals.

By contrast, a daily dose of the drug led to weight gain, exercise intolerance, and high blood sugar levels.

In addition, mice that were already obese lost weight, gained strength and increased their lean body mass on a weekly dose of prednisone — despite eating a high-fat diet.

The study has been published in the Journal of Experimental Medicine.

“What is exciting to me about this work is the finding that a simple change in the dosing frequency can transform [corticosteroid drugs] from inducers to preventers of obesity.”

Dr. Quattrocelli, who initiated the research while at Northwestern, is now assistant professor at Cincinnati Children’s Hospital Medical Center and the pediatrics department at the University of Cincinnati.

The research adds to evidence that a healthy, balanced metabolism largely depends on the molecular “conversation” between fat (adipose) tissue and muscles.

The scientists discovered that in obese mice, a once-weekly dose of prednisone increased the amount of a signaling molecule that adipose tissue produces.

The molecule — a hormone called adiponectin that is derived from fat — improved the exercise tolerance and energy expenditure of the animals’ muscles.

Conversely, mice that had been genetically engineered to lack adiponectin failed to respond to the once-weekly treatment with prednisone.

Dr. Quattrocelli told Medical News Today that researchers will need to learn more about the mechanisms behind the discovery before they can translate the findings into treatments.

“We first need to gather more mechanisms in mice and possibly other animal models in order to determine the degree of translatability,” he said.

He added that muscle in mice has a different composition to that in humans, with a higher proportion of “fast twitch” fibers.

“On top of that I want to bring to the fore the importance of the complexity of social behavior in humans compared to mice,” he said.

“As humans we have very, very complex social behaviors that directly impact when and how we eat and the dynamics of body mass in general,” he added.

By contrast, researchers can tightly control the availability of food and other environmental factors in the cages of lab mice.

“This study brings up a very unique and fascinating concept that has yet to be explored further,” said Dr. Revital Gorodeski Baskin, an endocrinology and diabetes specialist, and director of obesity at University Hospitals in Cleveland, OH.

“I am excited to see that after one large dose of prednisone, these mice showed improvement in body mass, muscle metabolism, and energy expenditure,” she told MNT.

“This may sound like a feasible treatment strategy for obesity, with a few concerns,” Dr. Baskin added.

She pointed out that a single, high dose of a steroid can cause psychological distress, poor sleep, paranoid thoughts, and anxiety in some individuals.

She said high doses of steroids are known to reduce bone density and increase infection rates, so researchers would need to investigate whether short bursts of the drugs could, over time, cause the same issues.

The clinical benefits could also wane over time as patients’ bodies accommodate to the treatment.

“I do, however, think that this is a very unique concept to improvement in energy metabolism and body mass,” Dr. Baskin added. She said she looked forward to seeing further research into the idea.