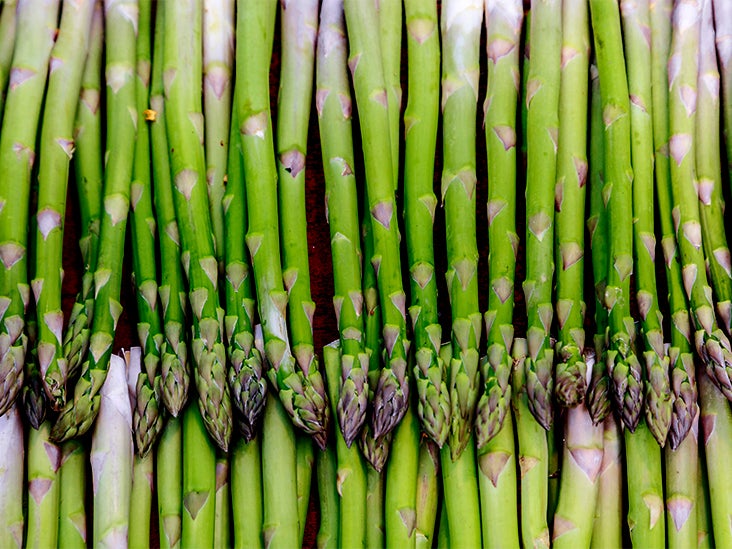 A of older adults may be experiencing folate, or vitamin B9, deficiency.

According to the authors of the latest study, “Evidence suggests that serum folate deficiency increases the likelihood of deficits in cognitive performance and neurological functioning.”

It may follow that folate deficiency might influence dementia risk. However, to date, observational studies looking for a potential relationship have generated conflicting results.

Recently, researchers from the United States and Israel coordinated a large cohort study to investigate further.

They found that serum folate deficiency does correlate with both dementia risk and all-cause mortality.

The findings appear in the journal Evidence-Based Mental Health.

The researchers analyzed the medical records of 27,188 people ages 60–75 years. These individuals had no preexisting dementia for at least 10 years before having their blood folate levels checked.

The researchers monitored records for a dementia diagnosis or death. Around 13% of the participants — or 3,418 — had serum folate levels below 4.4 nanograms per milliliter, which indicates folate deficiency.

Among the individuals with insufficient amounts of folate, the rates of dementia were 3.4%. The rates of death from any cause came in just under 8%.

The participants without the deficiency experienced rates of dementia of 3.2%, and the all-cause death rates amounted to almost 4%.

After factoring in co-occurring conditions, such as diabetes, vitamin B12 deficiency, cognitive decline, and depression, the researchers associated folate deficiency with a 68% higher risk of a dementia diagnosis.

The participants with folate deficiency had three times the risk of dying from any cause.

Anat Rotstein, Ph.D., a postdoctoral scholar in the Department of Psychiatry at the Icahn School of Medicine at Mount Sinai in New York, was the study’s lead author.

In an interview with Medical News Today, Dr. Rotstein discussed the significance of this work:

“This study is important because it critically characterizes the association between a widely used and simple-to-measure biomarker serum folate (vitamin B9 in the blood) and the risks of dementia and all-cause mortality.”

“It is the first study of serum folate and the risk of dementia to consider two key methodological artifacts: mortality precludes dementia, and reverse causation,” she continued.

“Hence, our study provides the best evidence to date regarding the association between serum folate deficiency and all-cause mortality.”

In an interview with MNT, Dr. Merrill described this study as “newsworthy,” because the role of folate in cognitive health is not well established.

He also noted that testing for folate levels “could be helpful […] more as a screening tool” since “deficiencies are associated with symptoms.”

Dr. Rotstein and her team also investigated the possibility that low folate levels could arise from, not before, preclinical dementia. This is hard to rule out due to the time it takes for cognitive decline to manifest.

When the researchers categorized their data by the length of the monitoring period, they could not eliminate the potential role of reverse causation.

Dr. Rotstein told MNT, “Our results show moderate evidence for reverse causation in dementia, suggesting that serum folate deficiency may be a consequence of the onset of dementia rather than its cause (not so with all-cause mortality).”

If dementia is responsible for the drop in serum folate, it may be a useful marker to help doctors identify people with an increased risk of dementia.

The researchers acknowledge that their study has several limitations.

Firstly, it only included individuals ages 60–75 years who were chosen to undergo screening for serum folate concentrations. A random sample may have produced more accurate estimates for a broader population.

Due to the observational study design, the authors could not confirm that low folate levels cause dementia or early death.

Further, serum folate concentrations may not reflect long-term folate levels, because they change with metabolism and food intake.

Also, the study did not account for possible undetected genetic risk factors.

The study’s authors conclude that healthcare professionals should “treat deficiency for [preventive] measures and/or as part of implemented therapeutic strategies while regularly reviewing patients’ clinical outcomes.”

Dr. Rotstein was hesitant to recommend regular testing for individuals outside of the study’s age range of 60–75 years.

However, Dr. Merrill felt that yearly or biannual testing may be helpful for people with a family history of dementia or approaching middle and later life.

The cost-effectiveness of testing is questionable, though, as Dr. Merrill remarked: “You would get arguments on either side. You would say, ‘Oh, well, […] somebody has no symptoms, and it’s a waste of resources.’ [But] you’ll never know unless you check, and then, sometimes, if you wait until you have a problem, it’s too late.”

Dr. Merrill suggested that interested individuals check folate with vitamin B12, since the nutrients work together in many metabolic processes. The geriatrician noted that many consumer laboratories are already checking these levels in comprehensive blood tests as a preventive tool.