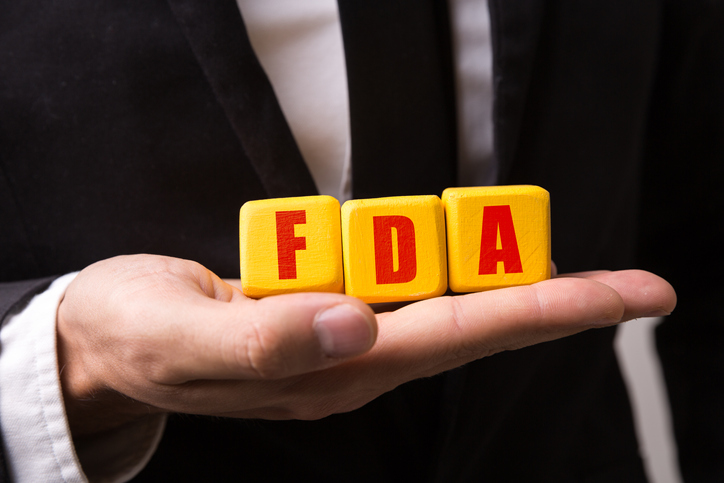 The NAC draft guidance issued today by FDA was seen as a victory for industry.  But observers say it leaves central legal questions regarding the interplay between supplement and drug uses up in the air.

The major caveat for the use of NAC (n-acetyl-L-cysteine) in supplements is that such products are ‘legal,’ i.e., that they are not making noncompliant disease claims.  In other words, FDA is not coming after you just because you’ve got NAC in the bottle, but today’s draft guidance does not grant carte blanche for the marketing of NAC for indications outside the supplement realm.

FDA stated that today’s draft guidance​​ was in response to two citizen’s petitions, one filed by the Council for Responsible Nutrition and the other by the Natural Products Association.  Both petitions asked that FDA rule that NAC was a legal dietary ingredient because it was clearly on the market as a supplement prior to the DSHEA grandfather date of Oct. 15, 1994.  The NPA petition also included an option for a formal rule that would grant an exception for NAC.  FDA rejected the grandfather date approach but said it intends to move in the rule-making direction suggested in the NPA petition.

“[I]f, among other considerations, FDA does not identify safety-related concerns as we continue our review of the available data and information, we are likely to propose a rule providing that NAC is not excluded from the definition of dietary supplement,” ​the draft guidance states.  (For its part the industry maintains that NAC has proven to be very safe over many decades of use.)

Industry stakeholders were gratified to some degree by today’s action.  CRN president and CEO Steve Mister said it was good to see that FDA can move with alacrity when it’s warranted.

“​We thank FDA for realizing retailers and marketers of N-acetyl-L-cysteine (NAC) need clarity and certainty in the market and assurance from FDA that there are no known safety concerns with these products,”​ he said.

“But CRN also continues to express our disagreement with the FDA’s reasoning that led to this announcement. We believe FDA’s overly expansive interpretation of the drug preclusion provision in the federal Food, Drug & Cosmetic Act [21 USC § 321(ff)(3)(B)] and retroactive application of the clause are misplaced and set a dangerous precedent for the agency to remove other lawful dietary ingredients from the market based on assertions of pre-1994 drug approvals or clinical investigations,”​ Mister added.

In a communication to its members today the American Herbal Products Association noted that it had submitted comments to FDA is support of the idea that NAC should be considered a legal dietary ingredient because it was on the market before the grandfather date.

NPA president and CEO Daniel Fabricant, PhD, said the guidance was welcome, but the effort it took to get there was not.

“We’re glad we won this round but we’re not glad we had to go to such great lengths to secure this for American consumers and a functioning regulatory regime.  FDA could have and should have reached this decision years ago,”​ Fabricant said.

“While this is a good first step, we still see dark clouds on the horizon.  Citizens petitions and lawsuits should be the exception and not the rule, but FDA’s inaction on CBD is very similar to the NAC discussion,” ​he added.

A hangover from the hangover letters

The whole brouhaha over NAC started over disease claims.  In mid 2020 FDA sent a raft of warning letters to companies marketing hangover cures​​.  Helping address the symptoms of mild alcohol poisoning (which is essentially what a hangover is) has come to be seen as a disease claim by FDA.

Three of those hangover products contained NAC.  In those letters the Agency stated that because of the prior investigation of NAC as a drug, which today’s draft guidance states took place in 1963, the compound was not a legal dietary ingredient under the so-called ‘exclusionary clause.’

That immediately raised hackles among industry stakeholders.  Not only was NAC big business, with millions of dosages sold and safely consumed over the years, but the NAC action set a troubling precedent in their view.  Could FDA delve back before the DSHEA grandfather date and retroactively declare other supplement ingredients illegal because of drug investigations that surface from decades ago?

“It’s a victory for the industry in that it provides a clear path to get NAC back on the market,” ​he said.

“I expect FDA is banking that with this the trade will lose interest in the issue.  Still unresolved is what takes precedence, the grandfather date, or the regulation for drug approvals?”​ he added.

He also noted that other ramifications of the exclusionary clause beyond what its effective date ought to be also remain in limbo.  If a drug company files an IND on a substance, does that govern all usages and all manners of delivery for that ingredient for all time?

Do INDs exclude all other indications and delivery modes?

Ullman’s hypothetical example of the concept would be if a drug company investigated a constituent of broccoli in a topical formulation for the treatment of skin cancer.  What if a dietary ingredient developer subsequently found that same compound had cardiovascular health benefits when administered orally as a dietary supplement? Would the topical-use IND consign that idea to the dustbin?

Ullman noted that a formal rulemaking would likely have to address those kinds of issues.  That’s why he said whatever FDA said today about its willingness to issue a formal rule, the smart money is on the ‘never happen’ option and that’s especially true if the industry decides it got what it came for and it’s time to move on.

“The pressure should be maintained on FDA to issue a formal regulation.  I would not be shocked if they never issue a formal rule.  I know from my experience with homotaurine the great lengths FDA will go to to avoid issuing this kind of regulation,”​ Ullman concluded.