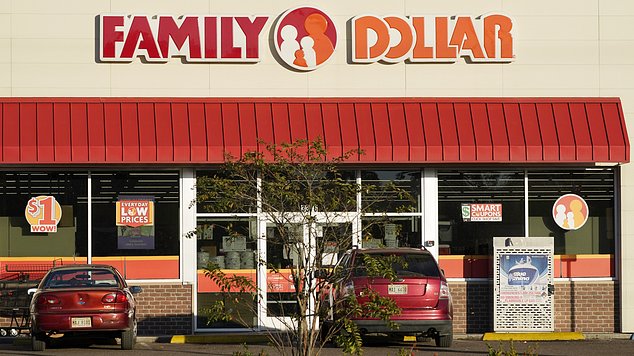 By Associated Press and Stephen M. Lepore For Dailymail.Com

More than 1,100 rodents were found inside a Family Dollar distribution facility in Arkansas, the U.S. Food and Drug Administration announced Friday as the chain issued a voluntary recall affecting items purchased from hundreds of stores in the South.

A consumer complaint prompted officials to inspect the West Memphis, Arkansas, facility in January, the FDA said in a news release.

After fumigating the facility, more than 1,100 dead rodents were recovered, officials said.

‘No one should be subjected to products stored in the kind of unacceptable conditions that we found in this Family Dollar distribution facility,’ said Associate Commissioner for Regulatory Affairs Judith McMeekin.

The FDA said it is working with Family Dollar to begin a voluntary recall of affected products.

In a news release, Family Dollar listed the 404 stores that may have sold products from the contaminated facility.

The Family Dollar logo is centered above one of its variety stores in Canton, Miss., Thursday, Nov. 12, 2020 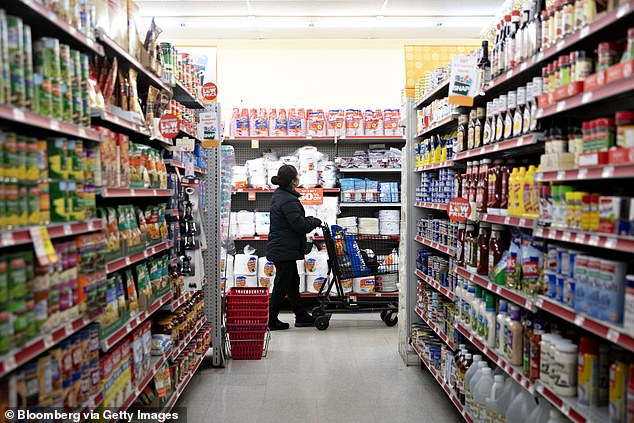 A shopper pushes a cart through a Family Dollar Stores Inc. store in Chicago 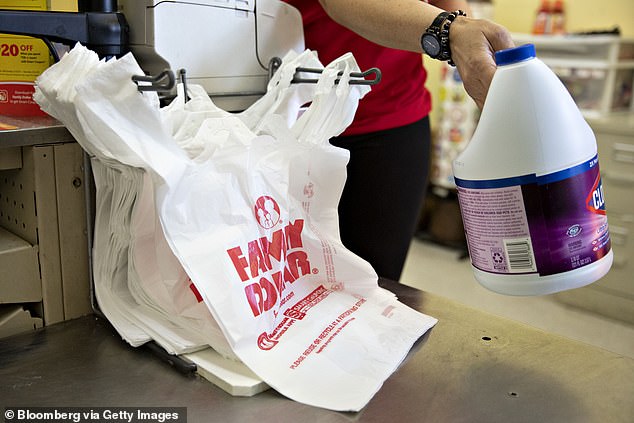 The company said it ‘is not aware of any consumer complaints or reports of illness related to this recall.’

The FDA said food in non-permeable packaging ‘may be suitable for use if thoroughly cleaned.’

Regardless of packaging, all drugs, medical devices, cosmetics and dietary supplements should be thrown away, officials said.

‘Family Dollar is notifying its affected stores by letter asking them to check their stock immediately and to quarantine and discontinue the sale of any affected product,’ the company said.

‘Customers that may have bought affected product may return such product to the Family Dollar store where they were purchased without receipt.’ 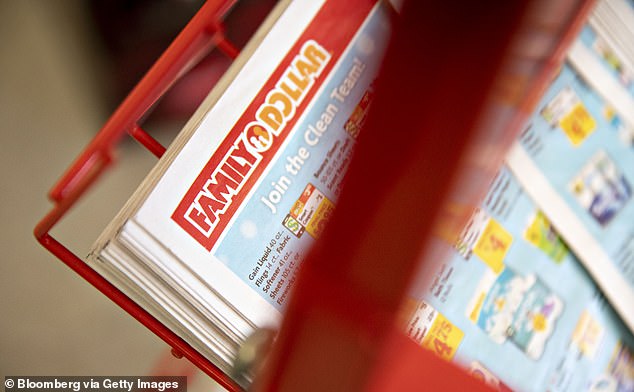 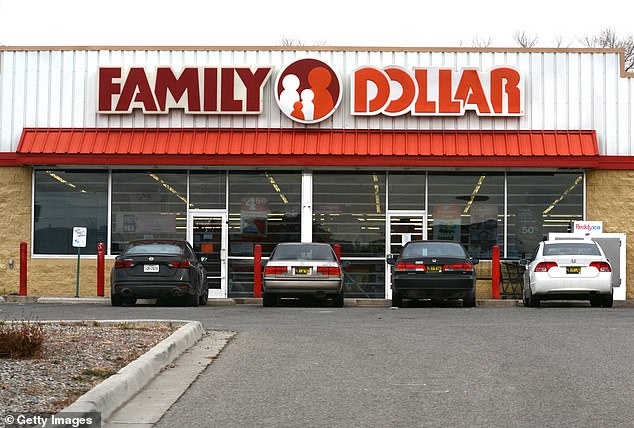