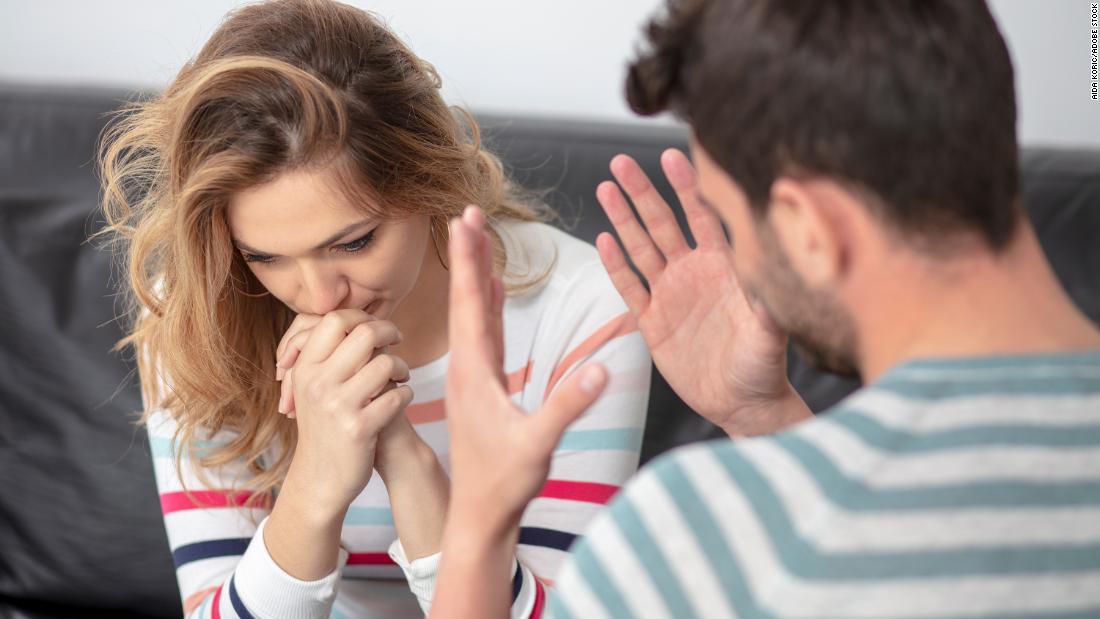 “One of the most important things we’ve seen in our research is that people benefit most from being direct,” said Jim McNulty, a professor of psychology at Florida State University, who has studied newlyweds and close relationships over time. “Beating around the bush, implying things, insinuating things, being sarcastic doesn’t work.

“When people have different perspectives — and we all do — it’s important to voice them,” McNulty said, “but they have to do so in a clear way that is as constructive as possible.”

If tussling with a loved one is so hard, why do it at all? Many people pride themselves on never entering battle with their partners, McNulty said. That’s a serious mistake, he said.

“When people avoid ‘fighting,’ they avoid talking,” McNulty said. “I’m constantly telling my partner, ‘If something’s bothering you. I’d rather know it than not know it so that I can maybe do something about it.’ If I don’t know, I can’t do anything.”

A 2008 study that followed almost 200 couples for 17 years found couples who both suppressed their anger in marriage were more likely to die early than those who did not.

“If you can fight and learn how to get connected in your differences and learn more about each other via the fight, then that’s really healthy.”

Pick a good time to fight

Most people see love spats as a spur-of-the-moment encounter, often triggered by feelings such as “I can’t take this anymore.”

“In those moments it’s harder to bite your tongue or think through what you’re saying before you say it,” McNulty said. “Oftentimes, people regret what they say later on, so try to avoid being in those moments.”

As soon as you begin to feel the pressure mount, schedule a time to discuss your feelings with your loved one so you are both free of distractions and stress, McNulty said. That’s harder than it seems, he added, because people often let things build up until they explode, or tackle disagreements when they are tired, stressed or “hangry.”

What if you do find yourself fighting at such a time?

“Hitting the pause button and tabling the discussion can be good, ” McNulty said. “But it has to be clear to your partner that you are committed to the relationship and resolving the problem, just that now might not be the best time.”

Scheduling a fight also allows you to think about your feelings and try to get to the bottom of them, experts say. But don’t try to tack too much in one sitting: “I call it ‘kitchen thinking,’ just sort of throwing everything that’s wrong in there at once,” McNulty said.

“It’s really important to not do that,” Cantor said. “It makes a big difference when you speak about one thing and about how you feel hurt by it.”

What if you can’t figure out why you feel the way you do?

“If people start to feel anger that doesn’t quite make sense to them, such as ‘Why am I getting so mad about this small thing?’ it’s probably something else entirely,” McNulty said.

“That’s where people might need to do some introspection and even get professional help to sort out why they are unhappy,” he said. “If there are significant issues that keep reoccurring, that’s probably a good time to look for help as well.”

Be a good listener

Many people think a successful fight is all about how well they communicate their feelings to their partner. While doing so is indeed important, experts say it’s equally critical to listen.

Being a good listener, Cantor said, means being able to regulate your emotions. Then, when you hear something you don’t like, you can focus on understanding your partner’s words rather than becoming defensive, hurt or angry.

“We’re usually miscommunicating when we don’t check out what we’re hearing,” she said. “We’re just going with what we think we’re hearing — and that is usually based on our defensive reactions and not what’s actually being said by our partner.”

You can do that by stopping and repeating back to your partner what you thought they just said before responding with your own feelings, McNulty said.

“When you catch your breath and ask for clarification, you’ll be surprised how often you’ll hear, ‘No, I really meant this instead,’ ” McNulty said.

But don’t do it in an accusatory way, he cautioned: “Sometimes people think active listening is just throwing what they heard back in somebody’s face. That’s not it. It is just simply a calm, measured request for clarification.”

Avoid putting your partner on the defensive in any disagreement. When you start by saying, “You make me feel,” you are not owning your own feelings, Cantor said.

“There’s a lot of difference between saying, ‘You’re doing this,’ or ‘You are this,’ versus ‘I feel like this when you do this,’ ” she said. “Using the phrase ‘I feel …’ is much less triggering.”

Always using the “I” word isn’t easy, especially when you’re angry with your partner, she added.

“In the beginning, it has to be really intentional,” Cantor said. “Slow down and really think about what you actually are feeling before speaking.”

It goes without saying that using a nasty tone of voice with your loved one is going to backfire, but you can also send insulting nonverbal messages as well, experts say.

“Eye-rolling is one of the worst things you can do. You’re indirectly communicating that the other person’s an idiot,” McNulty said.

If you are feeling on edge, try grounding yourself with deep breaths, Cantor said.

“If you are really focused on staying grounded with breath, you can keep yourself calm,” she said. “You want to be someone who is actively paying attention and showing that in their language and in their body language.”