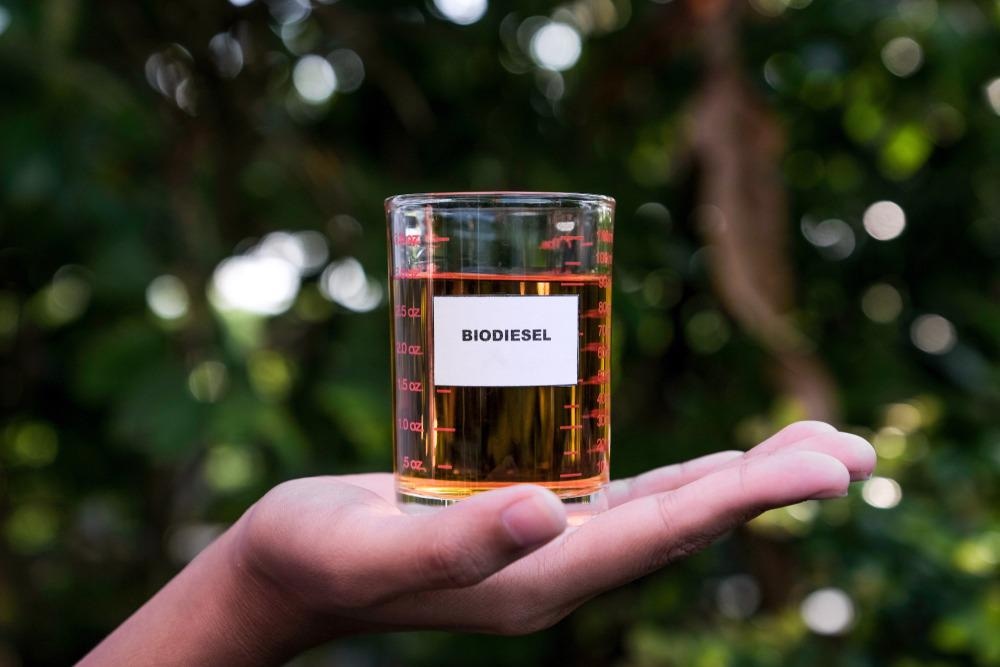 Biodiesel: The Future of Alternative Fuels

Excessive usage of petroleum products has resulted in global warming, depletion of natural resources of petroleum, and gasoline price fluctuations.

As a result, there is a significant need for substitute biofuels to replace petroleum-derived resources. The minimal total emissions, recyclability, and accessibility at controllable costs are all distinguishing characteristics of alternative fuels.

Biodiesel, which is created from waste oils, animal fats, and vegetable oils, is a completely sustainable and non-toxic fuel source that has acquired widespread popularity worldwide.

Biodiesel is described as fatty acid methyl esters (FAME) generated from the esterification reaction of oil and methanol. Because of its non-toxic composition, environmental friendliness, fewer carbon, sulfur, and nitrogen pollutants, lower organic chemicals, and low particulates, it has become a potential alternative for fossil fuels in recent times.

Production of Biodiesels from Microalgae

Microalgae is a third-generation substrate with a high-fat content, fast-growth speed, capacity to collect and absorb carbon dioxide, and growth on barren terrain. Because of their comparatively high lipid content and quick biomass development, microalgae have long been acknowledged as potentially viable resources for biofuel generation.

Microalgae grow much faster than cultivated crops, and algal mass culture may be carried out on non-arable soils utilizing non-potable salty water and wastewater. As a result, academics, businesses and the general public are increasingly interested in using microalgae as an additional biodiesel source.

Role of Nanocatalysts in Biodiesel Production from Microalgae

Previous research has identified nanocatalysts as a viable way of producing biodiesel from microalgae. This is due to the fact that nanocatalytic esterification may be carried out at room temperature to accelerate the process of biodiesel production.

Nanocatalysts offer various benefits over standard biodiesel catalysts, including high catalytic activity, outstanding specificity, and optimal yield. Because of the ease and speed with which catalysts may be recovered from reaction mixtures, heterogeneous catalysts’ processes seem to be more realistic for biodiesel generation.

In this study, the impregnation process was utilized by the researchers to manufacture two distinct nanocatalysts for the synthesis of biodiesel from microalgae, calcium methoxide Ca(OCH3)2 and lithium-ion impregnated calcium oxide (LIICO).

The SEM analysis revealed that nanoparticles formed in oval/hexagonal and floral forms. With a larger surface area, the catalyst demonstrated the highest basic strength and optimum behavior toward microalgal esterification reaction.

After 21 days, the highest biomass output of 1200 mg/L was obtained. The research discovered that under ideal circumstances, the FAME production of biodiesel utilizing two different nanocatalysts in the transesterification method was 93 percent and 99 percent, respectively.

The researchers observed that nanocatalysts may dramatically decrease energy consumption and waste generation, which was previously connected with the usage of conventional catalysts, which are typically unprofitable, time-consuming, and energy-consuming. Furthermore, nanocatalysts improve the active surface area, boosting esterification reaction and FAME production.

Microalgae have a competitive edge because of their quick, persistent development capabilities and fatty acid profile. Therefore, they are useful for fuel generation and, unlike vegetable oils, do not jeopardize food and nutrition security.

Microalgal-based biodiesel production may be combined with municipal wastewater clean-up to reduce the nutrient burden and heavy metal concentrations.

Because of their high reaction rates, nanocatalysts are expected to improve biodiesel characteristics even further. Thus, biodiesel has a broader use in terms of both economics and the environment, and it may be used in automobiles, trains, airplanes, heating oil, recovering oil spills, and turbines.


Disclaimer: The views expressed here are those of the author expressed in their private capacity and do not necessarily represent the views of AZoM.com Limited T/A AZoNetwork the owner and operator of this website. This disclaimer forms part of the Terms and conditions of use of this website.