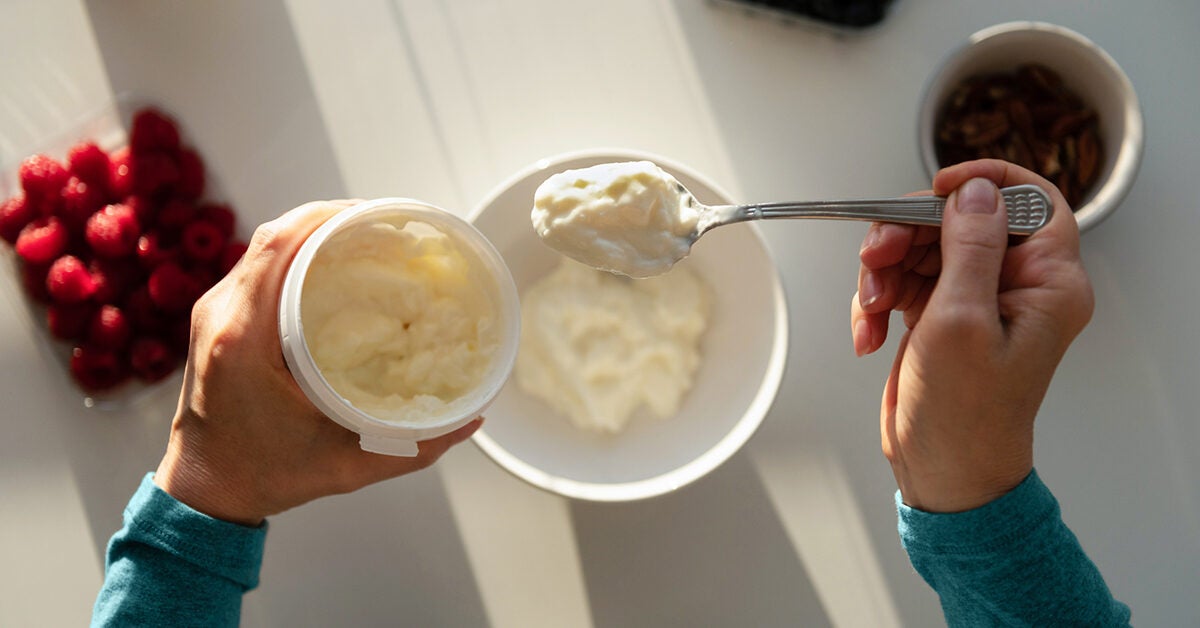 In particular, G6PD deficiency mainly occurs in African American men, but it is common in Asian and Mediterranean males as well.

This article explains what G6PD is, the impact of G6PD deficiency, and triggers to avoid.

Oxidative stress refers to the accumulation of harmful free radicals, which are common byproducts of metabolism, in your body ().

G6PD is broken down via the pentose phosphate pathway — a metabolic process that creates the building blocks for DNA — and generates the antioxidant compound glutathione (, , , ).

Glutathione is an important antioxidant. An antioxidant is a compound that guards your cells against damage from free radicals and oxidative stress.

Research has highlighted the role of glutathione in combatting inflammation in some cancer cells ().

Although it’s found in all your cells, G6PD is especially high in the testes and immune cells, and it helps regulate your immune system (, ).

G6PD is an enzyme that protects your red blood cells from damage and supports immune health by producing an antioxidant called glutathione.

G6PD deficiency is when your body does not have enough of the enzyme G6PD.

This is the most common genetic enzyme disorder and is typically diagnosed in childhood. An estimated 330 million individuals are affected worldwide, which is approximately 4.9% of the global population (, , , , ).

It’s also been observed that G6PD deficiency can develop during adulthood, referred to as acquired G6PD deficiency. A 2020 study indicated that this type is widely reported in people with obesity and diabetes (, ).

Insulin resistance and elevated blood sugar levels due to diabetes or higher body fat were shown to lower the activity of the G6PD enzyme, which is generally made worse in someone with a G6PD deficiency ().

It’s also worth noting that biological sex and ethnicity appear to be risk factors for the deficiency. In particular, males who are African, African American, Asian, and Mediterranean may be at an increased risk (, ).

G6PD is needed to replenish the antioxidant glutathione. That’s why a deficiency (lack) of the enzyme can cause an impaired immune system and an increased risk of infections and non-nutritional anemia (, , ).

If triggered by certain foods, drugs, or infections, G6PD deficiency can lead to the following symptoms (, , , , ):

When red blood cells are broken down, a yellow byproduct called bilirubin is formed. During a hemolytic crisis in someone with G6PD, however, bilirubin levels build up above what’s expected. This leads to the yellowing of the skin and eyes.

That said, most people with the deficiency remain asymptomatic (, , , ).

There are five kinds of G6PD deficiency, based on the activity of the G6PD enzyme in your body (, ):

Classes 1 to 3 are clinically significant. This means that there is a high risk of hemolytic anemia when exposed to triggers, often requiring medical intervention and treatment (, ).

To diagnose G6PD deficiency, a healthcare professional will take a blood sample to determine the level of G6PD in your blood.

According to the University of Rochester Medical Center, a standard range for adults is 5.5–20.5 units per gram of hemoglobin. The standard range means that you don’t have a G6PD deficiency.

As such, levels below 5.5 units per gram of hemoglobin may indicate G6PD deficiency (14).

Testing and diagnosis must be made under the care of a qualified healthcare professional.

G6PD deficiency is the most common genetic enzyme disorder. It can cause hemolytic anemia, jaundice, dark red urine, and paleness. There are five types, although only classes 1 to 3 may require medical treatment.

Specific foods and medications have been shown to trigger hemolytic anemia in those with G6PD deficiency, so you may want to avoid them if you have this condition.

Fava beans have been shown to lead to hemolytic anemia in 33% of individuals with G6PD deficiency (, , , ).

In addition, a 5-year study in 1,000 people with G6PD deficiency found that the following foods induced hemolytic anemia in some participants ():

Medications are the least common causes of hemolytic anemia in those with G6PD.

However, here are the types you should avoid if you have this condition (, , 15):

Substances used for tattoos and in scientific labs may also trigger G6PD symptoms (), such as:

Infections, certain foods including fava beans, some medications including sulfa drugs, and substances such as henna may trigger hemolytic anemia in some people with G6PD and should be avoided.

Individuals with G6PD can enjoy a similar diet and lifestyle as those without the condition, as long as they avoid the potential triggers discussed earlier.

People with and without G6PD may want to focus on consuming foods rich in antioxidants that guard against oxidative damage, protect red blood cells, and support good health. Examples of high antioxidant foods are cinnamon, ginger, passion fruit, and dark chocolate, among many others (, , , ).

Interestingly, recent studies suggest that there is a relationship between vitamin D levels, G6PD deficiency, and the severity of infections like COVID-19 ().

Glutathione, which is not adequately replenished in those with G6PD deficiency, is required to maintain vitamin D levels in the body ().

Vitamin D regulates your immune health by increasing the release of anti-inflammatory compounds ().

The alcoholic extract of the Premna integrifolia Linn medicinal plant may also benefit those with G6PD deficiency. According to animal studies, this extract increased the concentration of glutathione and reduced markers of inflammation in rats fed a high fat diet ().

Similarly, test-tube studies have shown that L-cysteine — the precursor to glutathione — could help restore glutathione in G6PD cells (, ).

Still, more studies, particularly in humans, are needed to determine if any supplements would benefit those with. the condition.

Individuals with G6PD deficiency can maintain a standard diet and lifestyle, provided they avoid trigger foods and substances. They may also benefit from increased intake of vitamin D.

The highest prevalence of hemolytic crises in people with G6PD is between the ages of 1 to 3 years old ().

For example, crises may present as hyperbilirubinemia — a buildup of bilirubin resulting from the breakdown of red blood cells — and severe jaundice, which may require phototherapy (, ).

Newborn screening for G6PD deficiency is not yet routine in the United States.

Yet, the American Academy of Pediatrics recommends screening jaundiced newborns receiving phototherapy, especially if they have a family history of the deficiency or are of an African, Asian, or Mediterranean race that increases their risk ().

Children with G6PD deficiency can engage in a typical lifestyle, as long as they avoid any known triggers.

Here are some recommendations for children with G6PD:

The highest prevalence of hemolytic crises for G6PD occurs between ages 1 and 3. Avoid food, substances, and medication triggers. Seek immediate medical attention if symptoms of jaundice or anemia appear.

Exercise can induce oxidative stress, which is a trigger for hemolytic anemia in people with G6PD deficiency (, ).

However, studies in athletes suggest that oxidative stress brought about by exercise is not significantly higher in people with G6PD deficiency ().

So, it’s likely safe that individuals with G6PD deficiency can use exercise to improve their quality of life ().

Still, more studies on exercise in people with G6PD deficiency are needed.

G6PD is an enzyme that protects your red blood cells against oxidative stress and damage.

A deficiency (not enough) of this enzyme is associated with hemolytic anemia, jaundice, and red dark urine. Hemolytic crises are most prevalent between 1 and 3 years old.

Triggers to be avoided include certain foods like fava beans, some medications, and substances including henna.

A high vitamin D intake is recommended for people with the condition. This may help improve immune health, which is compromised in people with classes 1 to 3 of G6PD deficiency.

Individuals with G6PD deficiency can continue to exercise to support their quality of life without an increased risk for hemolytic anemia.