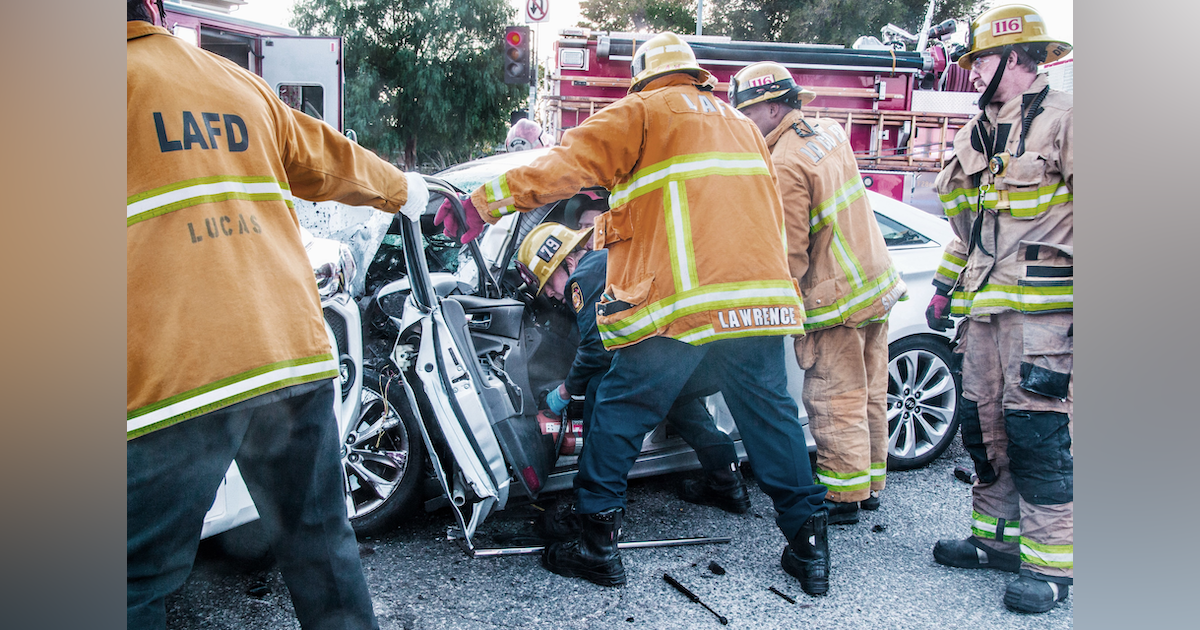 Did you ever Google what diet you should do only to find yourself even more confused than before you started your research? If so, you likely realized that health and nutrition information and what foods we should and shouldn’t eat continue to be extremely contradictory. Your search results might have looked something like this: “Go low carb but actually go low fat” or “Don’t eat after 7 p.m. but make sure to eat after 7 p.m. if you’re hungry” or “Do intermittent fasting but make sure to keep your metabolism up by eating often.”

Perhaps one of the most popular internet searches of all today is “Should I go keto?” Unfortunately, the results likely will leave you just as perplexed as the other results.

From the perspective of a registered dietitian, I want to break down the good, the bad and the ugly, so as a firefighter, you can make an informed decision as to whether the keto diet is right for you.

Keto and your body

The ketogenic (keto) diet, which was a once-restrictive eating pattern that was solely for clinical patients, has gone mainstream and continues to spark interest among all populations. The eating approach is very low in carbohydrates, or carbs, moderate in protein and high in fat foods. In fact, carbs might make up only 5 percent of the overall caloric intake, whereas fat intake could be upward of 90 percent. To contrast, the diet of a typical American finds about 55 percent of its calories coming from carbs.

If you’re on the keto diet when you go to a Mexican restaurant: Forget the rice and beans—not to mention the tortilla chips—as a side. However, eat as much guacamole and chicken fajitas as you want.

In general, say goodbye to sweets, such as cookies, candy, ice cream and even fruits, and some starchy vegetables.

This diet allows you to go crazy with the fat foods, such as animal meats, dairy, oils, nuts and certain vegetables.

The low-carb craze isn’t a new concept for most people. Robert Atkins, who developed the Atkin’s Diet in the 1960s, was one of the first to introduce a low-carb eating pattern while emphasizing unlimited protein and fat. The keto diet, although very similar to Atkin’s, doesn’t include unlimited protein; instead, it highlights fat as the main macronutrient.

Keto supporters flood social media with incredible before and after photographs that depict dramatic weight loss and overall improved health. To the naked eye, these results are appealing, if not astounding.

Contrary to popular belief, the concept of the keto diet never was intended for weight loss and improved health but, rather, as a treatment tactic for epileptic patients to reduce seizures.

In the body, carbs are broken down into glucose, which is the primary fuel source that the body uses for energy. When carbs are nearly eliminated from the diet, the body must use an alternate fuel source from fat, known as ketones.

It can take days or weeks for the body to fully enter a state of ketosis, because it only can happen when carbs aren’t available. Staying in this state of ketosis isn’t easy. In fact, even a slice of bread or a piece of fruit can force you to start back at square one. If that isn’t enough, consuming too much protein also can put the body out of this ketogenic state. Brutal!

From a long-term weight-loss standpoint, the keto diet works to suppress appetite.

Protein and fats are very satiating; they keep us full for a long period of time. Protein is the macronutrient that’s in our body that’s the most complex to digest, and it burns a lot of energy (calories) to do so. Additionally, the keto diet almost eliminates a whole food group entirely, which causes many people to simply take in fewer calories. Therefore, long-term weight loss that derives from the keto diet stems from a caloric deficit, which means that the body is consuming fewer calories than it’s expending.

For firefighters who want to improve their overall health and wellness, there are several points to consider before they adopt this kind of eating pattern.

The keto diet is high in saturated fat, which is a proponent for increased risk of cardiovascular and other long-term health issues. Because of the unfortunate nature of heart attacks being the number one cause of death among firefighters, consuming a diet that’s high in saturated fat deserves thorough consideration.

Many people who attempt this diet claim a significant loss of weight initially, particularly within the first week that they are on the program. However, it’s important to note that when carbs are stored in the body, a lot of water is required to do so. When the body isn’t storing carbs, it isn’t storing as much water. Hence, a lot of water is lost initially, and the number on the scale goes down. The point here is twofold: The initial loss of weight mostly derives from water, and water intake is even more important to prevent dehydration.

The brain prefers carbs as its main energy source. As the body gets accustomed to taking in fewer carbs, another common symptom is fatigue and brain fog, known as the “keto flu.” Typically, these symptoms tend to dissipate after several days.

Another potential issue is the lack of fiber, which often causes gastrointestinal issues.

What might be the most important consideration of all is the power of carbs as a fuel source in high-intensity situations. Think of a quick sprint or a high jump or, in a firefighting scenario, climbing several flights of stairs as quickly as possible or using all of your strength to pull someone out of a burning building. Carbs are the quickest and most readily available form of energy in the body. Significantly reducing carbs in the diet means that the body doesn’t have adequate amounts of glucose, which makes it extremely difficult to have quick energy available for these high-intensity situations. When the body lacks this quick energy, a person simply might not be able to perform these tasks as powerfully or as efficiently as otherwise.

Also, firefighters have very erratic jobs. One minute you could be sitting watching a football game on TV; in seemingly a blink of an eye, you can be on scene cutting open an automobile, climbing multiple flights of stairs or holding a handline for what feels like an eternity. What started off as a peaceful shift can turn into a highly difficult and demanding one, both physically and mentally.

Put simply, because of the unpredictable day-to-day life of a firefighter, you might benefit from fueling with carbs for optimal energy and performance in case of an emergency that requires significant effort.

As with any diet, there is no one-size-fits-all approach. Eating patterns that work for one person might not work for another. In fact, two people could eat the exact same foods and exercise the exact same amount and see different results.

Before jumping on the keto trend, or any diet for that matter, it’s vital to ask yourself these questions:

If your goal is to improve your health, an emphasis should be put on making a lifestyle change rather than a short-term change. Many people tend to fall into the same eating habits once they complete the diet (think of a 30-day diet challenge) or when they throw in the towel because the diet is too restrictive. If the diet doesn’t support your activity levels, you might find yourself low on energy, not making improvements in the gym or unable to perform your job at its highest potential.

Finally, believe it or not, a diet shouldn’t be completely miserable to follow.

Instead, focus on finding an individualized approach that works for you. Rather than what’s “trending” or what others are doing, try to look at it through a different lens. Incorporate whole, unprocessed foods to make up most of your diet while leaving some room for the fun foods that you really love but aren’t as nutritious.

As firefighters, it’s vital to always be ready when the alarm sounds, from a mental standpoint and a physical one as well, which includes proper nutrition and fueling.