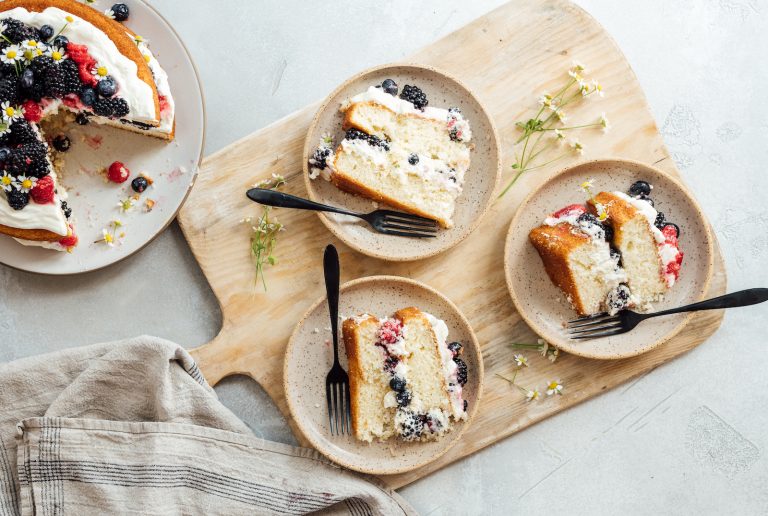 Oh, the acclaimed gluten-free diet. It makes for persuasive magazine covers, engaging podcast episodes, and a divided Thanksgiving spread. These days, you’re either team gluten or you’re team gluten-free. You’re a frequent gluten consumer or you’re suspicious of it. Everyone has a stance. And—for better or for worse—there’s very little wiggle room. But what does the science actually say? Is gluten bad for you? The answer is nuanced. Unless you meet certain criteria, you can have your pizza and eat it, too. There’s no conclusive evidence to prove that gluten is bad for the average person’s health. Hallelujah. But to cover our bases, we’re debunking common gluten myths, sharing who actually benefits from a g-free lifestyle, and more.

Gluten-Free: The Fad Diet of The Decade

Out with the old, in with the new. Long gone are the low-fat days of the 80s. Gluten-free is it, baby. Currently, it’s one of the most popular diet trends around the world. Touted by celebrities for weight loss, athletes for improved performance, and social media influencers for “health,” the gluten-free diet is nearly impossible to avoid. And the dollars prove it. In 2019, the gluten-free products market size was valued at $4.3 billion, and it’s estimated to reach $7.5 billion by 2027. There’s no stopping it. Adding fuel to the fire, over half of American adults think gluten-free foods are healthier (when in fact, they’re often more processed and filled with added sugars and inflammatory oils). But here’s the thing: the number of people who actually need to avoid gluten, for medical reasons, is relatively small.

Gluten is a family of proteins. It’s found in grains, including wheat, rye, spelt, and barley. Wheat—by far—is the most popular gluten-containing grain. Of its two main proteins, glutenin and gliadin, gliadin is responsible for conditions like gluten sensitivity, intolerance, and celiac disease. When flour mixes with water, the gluten proteins form a sticky network that has a glue-like consistency. This glue-like property makes the dough elastic (it’s also how gluten got its name!). Gluten gives bread the ability to rise during baking and provides a chewy, satisfying texture. You’ll find gluten in common in foods such as bread, pasta, pizza, cereal, cookies, and cake mixes.

Often used interchangeably, gluten disorders—like being sensitive vs. having celiac disease—are quite different. Although several health conditions involve wheat and gluten, they’re not the same. First and foremost, there’s no such thing as a gluten allergy. You can have a wheat allergy, but not a gluten allergy. That said, some people experience non-celiac gluten sensitivity. If you experience mild symptoms (triggered by gluten) that resolve fairly quickly, you might be diagnosed with a gluten sensitivity. On the other hand, someone who develops serious symptoms—that last for a longer duration—would likely be diagnosed with gluten intolerance. These are common gluten intolerance symptoms:

People with gluten intolerance usually find relief by following a gluten-free diet. We recommend speaking with your healthcare provider if you believe you’re sensitive or intolerant to gluten.

What Is Celiac Disease?

While gluten intolerance mimics similar symptoms to celiac disease, they’re not the same condition. Celiac disease is an autoimmune disorder. Over time, it leads to a damaged digestive tract. Said differently: people with celiac disease have an immune reaction when they eat gluten. They develop inflammation in their intestinal tracts (and other parts of the body). Current estimates suggest that up to 1% of the population has celiac disease. While there’s no cure for celiac disease, following a strict gluten-free diet can help manage symptoms and promote intestinal healing.

Who Should Avoid Gluten?

Avoiding gluten entirely is crucial for people with celiac disease. For those with a wheat allergy, it’s suggested to avoid gluten as well. What about hormonal imbalances, like PCOS? Research is lacking. At the end of the day, you know your body best. If you feel unwell when you consume gluten, consider avoiding it (or limiting your consumption). In need of gluten-free recipe inspo? We’ve got you covered:

Gluten-Free Bread Recipes That Taste Like The Real Thing

Gluten’s got nothing on these loaves.

Gluten-Free Swaps For All Your Favorite Foods

No gluten, no problem.

MYTH: Gluten is bad for you.

Gluten—in and of itself—is not bad for the vast majority of people. As mentioned, gluten is simply a protein. It exists naturally in many plant-based foods. Ingredients with gluten have other important nutrients for your overall health (bread, for example, contains folate, fiber, calcium, potassium, iron, etc.). By eliminating gluten-containing foods, you’re also eliminating other nutrients. Organic, gluten-containing grains contain fiber, energizing carbohydrates, and a variety of essential vitamins and minerals. Choosing gluten products that are minimally processed and grown without pesticides like Roundup and glyphosate can be part of a nourished, healthy diet.

Nope! While foods with gluten have carbs, that doesn’t automatically mean that all gluten-free foods are low-carb. In fact, there are plenty of carbohydrate-rich foods on a gluten-free diet. Rice, for example, is gluten-free. So is fruit, sugar, potatoes, etc. Many gluten-free foods, particularly those that are packaged, still contain moderate-to-high amounts of carbohydrates. And often, they’re low in fiber. Meaning? They’re quick to spike blood sugar.

Totally depends on what you’re eating. Don’t let the gluten-free food label fool you. Just because a food is marked gluten-free doesn’t mean it’s healthier than the real thing. In fact, one study recently showed that gluten-free versions of foods are often less healthy and more expensive. A gluten-free cereal, for example, might be more heavily processed and made with more added sugar than a cereal made with gluten. The opposite could also be true. There are plenty of gluten-containing foods that are rich in vitamins, minerals, essential nutrients, and fiber. For example, high-quality sourdough bread, sprouted bread, and 100% whole wheat pasta.

Not so fast. There is zero evidence to suggest that eliminating gluten, without making other diet changes, results in weight loss.

Fact: You can maintain a healthy body composition and achieve your health goals while eating gluten.

At the end of the day, it’s important to remember that how you eat is just as—if not more!—important than what you eat. Unless you have a true gluten sensitivity, wheat allergy, gluten intolerance, or celiac disease, consider ditching the g-free fad diet. Instead, make room for a more practical, well-rounded approach to food.

Going Against the Grain: Are Gluten Myths Sabotaging Your Health?