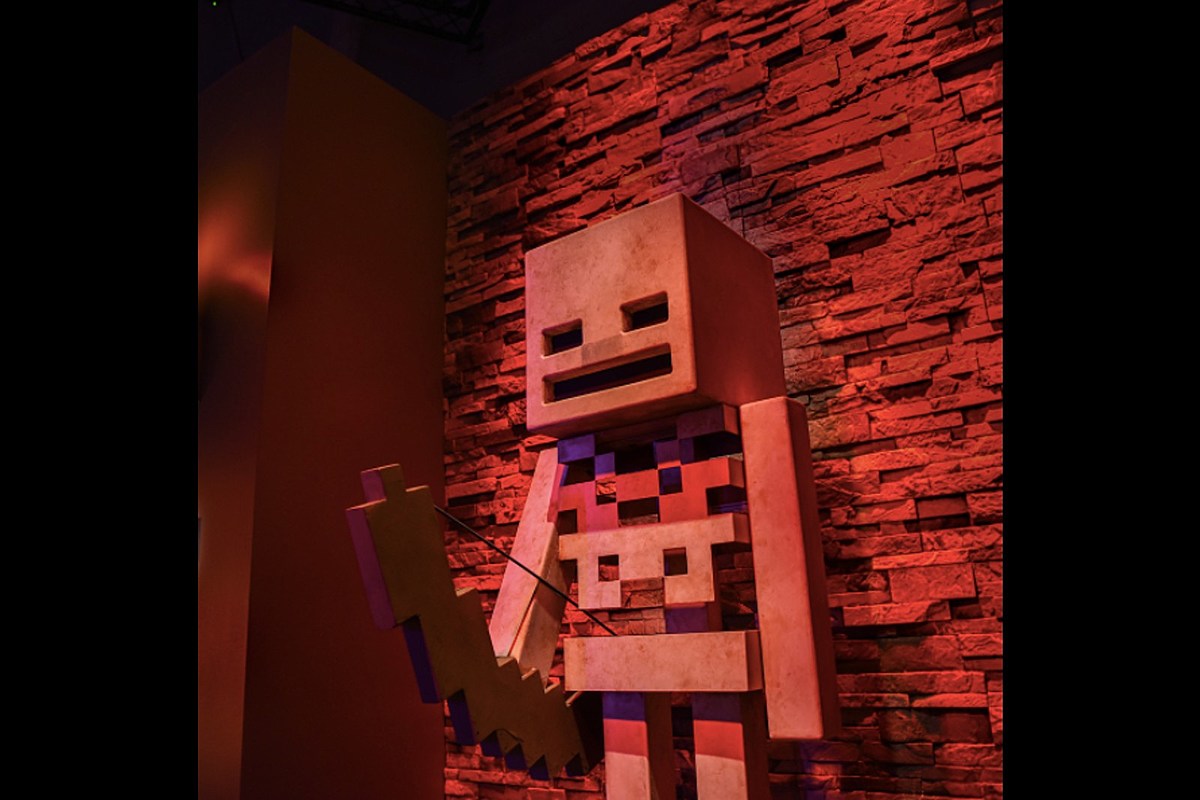 What’s not to love about Liberty Science Center? With exhibits like Eat Or Be Eaten examining the predator-prey relationship, Skyscraper! with a two-story I-beam walkway and artifacts from the World Trade Center, or I Explore for kids under 6 to see the world around them through a microscope, a rock xylophone, water play, etc., there’s been a lot to love.

Over the years, Liberty Science Center has hosted traveling exhibits like a Rubik’s Cube exhibition, Titanic: The Artifact Exhibition and Goosebumps! The Science Of Fear.

Minecraft: The Exhibition was developed to celebrate the 10-year anniversary of the Minecraft video game. Now if you don’t know the game, you must not have kids. It’s an unusual game in that there’s no set objective and no real end.

“What I love about Minecraft is that it has inspired a generation of creative thinkers, while teaching engineering, chemistry, computer science, and other science and math-related skills, as well as collaboration and community-building,” Paul Hoffman, Liberty Science Center’s president and CEO, explains in a press release. “We are super excited to be the first stop on the exhibition’s world tour, and we invite fans and newcomers to join us to celebrate the game’s international community and popularity – while getting a little STEM education in the process.”

So what exactly will this exhibit be? Picture 6,000 square feet of replicated scenes and worlds inspired by the game Minecraft. It will have a night/day cycle just like in the game and there will be real life-size game characters lurking like creepers, zombies and skeletons. Those last two can only come out at night. #dadknowledge (learned that from my kids).

There will even be gaming stations throughout this otherworldly exhibit to play the game and plenty of videos featuring veteran players, time-lapse builds, the history of the development of the game, etc.

If your kid loves Minecraft you might need to take them to this. If you deny your kid they may just send some Endermen after you. #dadknowledge.

Minecraft: The Exhibit opens at Liberty Science Center on Friday February 18 and runs through September 28 of this year. It’s the first stop of what is anticipated to be a years-long world tour.

Get yourself tickets now at LSC.org.

Opinions expressed in the post above are those of New Jersey 101.5 talk show host Jeff Deminski only.

You can now listen to Deminski & Doyle — On Demand! Hear New Jersey’s favorite afternoon radio show any day of the week. Download the Deminski & Doyle show wherever you get podcasts, on our free app, or listen right now: