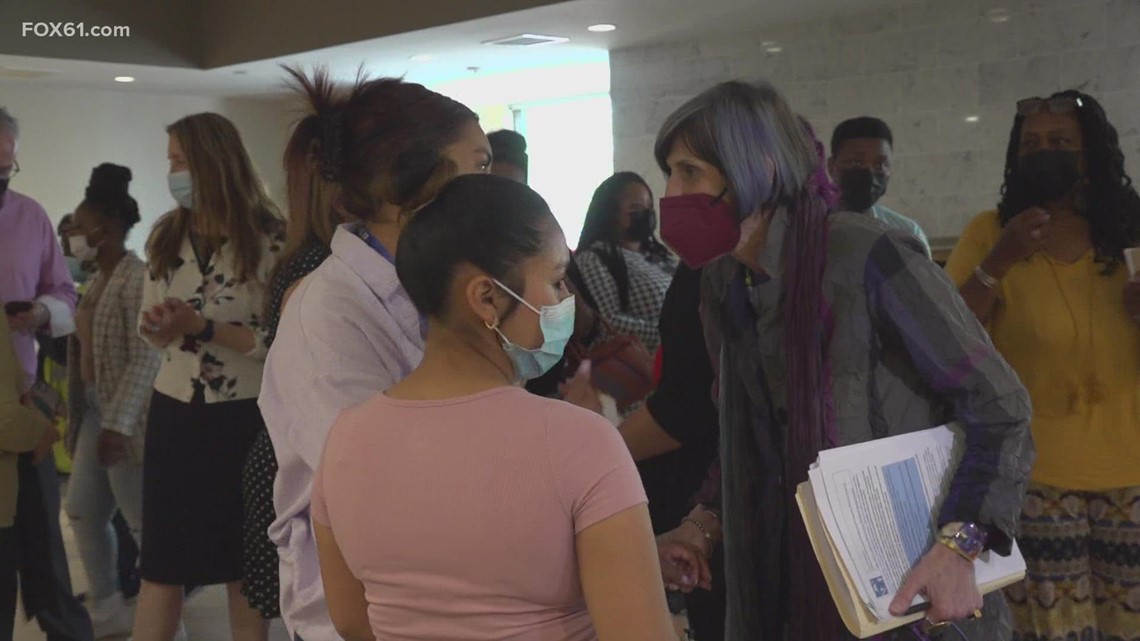 Moms who attended said they are looking for hope, support and solutions to feeding their babies.

NEW HAVEN, Conn — Congresswoman Rosa DeLauro held a roundtable in New Haven on Monday to discuss what needs to be done to address the ongoing baby formula crisis and hear mothers’ stories.

Many moms spoke out during the discussion and shared their trials and tribulations trying to feed their children during the formula shortage. One mother said she has traveled across the state to find a formula for her child.

Moms who attended said they are looking for hope, support and solutions to feeding their babies.

“This is of real concern to me because I asked the moms where they were now; they still are facing this problem which only says to me that we have to move and to move very, very quickly,” said DeLauro.

It went on to explain, that  DeLauro has been closely tracking this issue since Abbott Nutrition first announced the formula recall which has driven the nationwide shortage. She examined the recall at a recent hearing and submitted for the record a report acquired from a whistleblower who worked at the Abbott facility, which produces infant formula recalled by the Food and Drug Administration (FDA) in February. She has also requested investigations into the FDA’s handling of the Abbott powdered formula recall.

“Because a lot of people rely on baby formula, a lot of try to breastfeed but a lot of us cant produce breast milk fast enough, and a lot of us are working parents too,” said New Haven mom Ranisha Mabry.

“At the time that we found out about the formula, she was three months old, and I immediately checked her formula, and all of the cans that we had were contaminated,” said Devenporot.

These stories aren’t uncommon, and advocates said they believe they should be heard by legislators and leaders everywhere.

“So that we understand the real impact this has on families that live in the state, who live across the country, but that this existed for many of those even before this began,” explained Janet Alfano, CT Connecticut Diaper Bank Executive Director.

In fact,  The shortage has disproportionately impacted marginalized communities, and the hope is that this conversation serves as a wake-up call for change.

“Anything that impacts society more broadly really has an extra impact on families living with low income,” said Karen DuBois- Walton, New Haven Housing Authority and Elm City Communities Executive Director. “If we’re going to come out of this with solutions rooted in trying to be more equitable, then we have to have solutions focused on families that have historically been more marginalized.”

Have a story idea or something on your mind you want to share? We want to hear from you! Email us at [email protected]

HERE ARE MORE WAYS TO GET FOX61 NEWS

Stream Live on ROKU: Add the channel from the ROKU store or by searching FOX61.