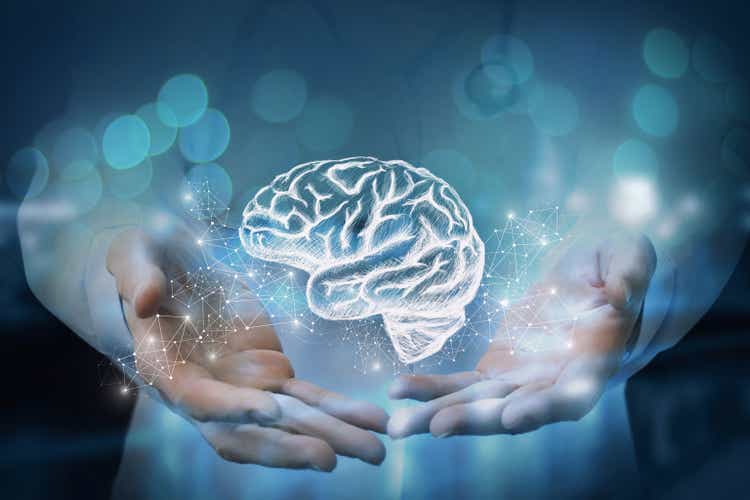 (Editor’s Note: Investors should be mindful of stocks that trade with limited liquidity, such as OTCPK:NUMIF. Numinus Wellness’ ticker in Canada, NUMI.TO, offers stronger liquidity.)

For an entertaining and comprehensive introduction into the history of psychedelics and the potential benefit to humanity from psychedelic-assisted therapy, I recommend ‘How to Change Your Mind’ by Michael Pollan. The psychedelic-assisted therapy research landscape has advanced rapidly since Pollan’s book was released in 2018 and capital has rapidly flowed into the broader psychedelics sector, with drug development/discovery seeming to attract greater investor attention than the therapeutic end of the market.

According to Psilocybin Alpha, nearly $2bn was invested in the psychedelics sector in 2021, with 60 financing events completed. A handy summary of listed stocks, ETFs and private companies in the space can be found here: https://psilocybinalpha.com/psilocybin-stocks-shroom-stocks.

Whilst the evidence coming out of clinical research trials continues to be very promising (notably the work being done on MDMA by non-profit MAPS), it must be recognised that in investment terms, the psychedelics space remains extremely early stage and highly speculative. Indeed, investors in many listed psychedelics companies have taken some major pain in the last twelve months.

I am skeptical about the ability of companies such as Compass Pathways (CMPS) to successfully create value in the psychedelics space from the application of patents to substances and therapeutic practices that do not appear to be truly novel. CMPS has attracted criticism for what some in the psychedelics industry see as aggressive use of patents. Author, blogger and podcaster Tim Ferriss created a bit of a stir when engaging with Christian Angermeyer (who co-funded and co-founded Compass Pathways and ATAI Life Sciences) on the topic last year, and I think the general debate continues. In late December 2021, Freedom to Operate filed a post-grant review against a CMPS patent; a recent VICE article by Shayla Love discusses the issue in depth.

In my view, companies with a primary focus on therapeutic research/treatments represent lower risk plays in the psychedelics space. Within that smaller universe of options, I see Numinus Wellness (OTCPK:NUMIF) as one of the more attractive propositions. The key issue here is identified in the name of the treatment – psychedelic-assisted therapy – it is the combination of the psychedelic compound with therapy that looks set to transform the treatment of mental health disorders such as PTSD and severe depression (as well as potentially: alcohol/other substance addiction, anorexia, ADHD, OCD, anxiety). A psychedelic compound in isolation (in contrast to traditionally prescribed medications) is insufficient to treat the condition. The therapy component is vital.

Numinus describes itself as an integrated mental health company. The group develops proprietary, psychedelic-based, therapeutic products and services through its own laboratory and R&D processes, to be delivered through a network of clinics, digital solutions and partnerships. The group operates two key divisions: Numinus Health and Numinus Bioscience.

Numinus Health can be thought of as the patient-facing side of the business, with services delivered by an interdisciplinary team of physicians, psychiatrists, psychotherapists, mindfulness teachers, nurses, researchers and technicians. Services provided include ketamine-assisted psychotherapy for depression, neurological care, psychotherapy and counselling by registered psychologists.

Numinus Health also works alongside Numinus Bioscience in the conducting of clinical trials (currently focussed on: MDMA therapy for PTSD, Psilocybin therapy for substance use disorder), and is preparing for the eventual roll-out of psychedelic therapies to the general public. The group’s clinic network consists of Numinus Health, Mindspace Wellbeing and the Neurology Center of Toronto (acquired in September 2021).

Numinus has made solid progress in a number of areas over recent months, and there have also been industry changes that should benefit the group. I summarize the most significant events below.

This is the point at which my head starts to ache; early stage investing is not my usual hunting ground. If you have read much of my other research, you’ll know that I’m something of a value-oriented investor who typically looks for companies with sustainable earnings generation. At present, stocks in the psychedelics space simply do not fit with my typical valuation approach.

Sure, I could build a detailed DCF model with a 10-15 year earnings forecast period and a discounted terminal value, relying upon a whole bunch of assumptions and inputs, but I’d have very little confidence in the valuation number that the model spat out. From a fundamental analysis perspective, coming up with valuation for psychedelics stocks is total guesswork. (I’m open to having my mind changed in regard to that view – so don’t hold back from leaving a comment below if you disagree.)

Some analysts/investors might point to peer-comparable multiples of some operating metric as an indicator as to relative valuation appeal. In the absence of nothing better, I guess that could be almost justifiable. But what if everything in the sector is massively over-valued? A stock that is 10% cheap versus peers in that scenario is unlikely to be a good long-term investment.

Let’s have a brief look at the company’s balance sheet and cash burn. As at 30 November 2021 (1Q22), Numinus had cash and equivalents of almost C$54m. Operating cash flow for 1Q22 was -C$5.15m. I don’t know exactly how much cash Numinus feels that it needs to maintain in order to support future growth, but let’s guess at say C$20m; this implies that Numinus has sufficient cash to last for the next eighteen months or so. Note however that the cash burn rate may actually increase as Numinus continues to invest in R&D and growth projects. On the other hand, if the share price stays at current prices of around C$0.60 per share, the exercise of ‘in-the-money’ tranches of warrants and stock options on issue may delay the need to raise another round of equity. The below extract from the 1Q22 Management’s Discussion and Analysis (‘MDA’) pack points to a further capital raise being unlikely before 30 November 2022 (bold is my emphasis):

“There is no certainty that equity funding will be available at the times and in the amounts required to fund the Company’s activities. As at November 30, 2021, the Company has cash and cash equivalents of $53,876,895. Management estimates the Company has sufficient working capital to continue operations for the next twelve months.”

My expectation is that Numinus will need to come back to the market for fresh capital in late 2022 or early 2023. Numinus last raised equity in March 2021, bringing in C$40.25m at a price of C$1.25 per share. If the company were to raise a further ~C$40m at C$0.60 per share, we are looking at ~67m shares being issued, equivalent to around 32% of the current shares on issue. Clearly there is risk of material dilution for current investors over the next couple of years as Numinus seeks additional growth capital.

From a purely personal perspective, I really ‘like’ Numinus. I feel a sense of positivity regarding what the company is trying to achieve – reducing human suffering and thereafter promoting wellbeing. The fact that somebody like Rick Doblin sees Numinus and MAPS as having aligned values is noteworthy. However, these are not factors that should influence analytically based investment decision making.

Taking a thematic perspective, my current (well-researched but very subjective) read of the landscape is that there is a greater than 50% chance that MDMA-assisted therapy for PTSD will be granted approval in the USA or Canada by 2024. The general consensus seems to be that Psilocybin-assisted therapy might obtain approval around two years after MDMA is given a tick. With a well-funded balance sheet, Numinus should be able to participate in these market opportunities. The group plans to add at least five new clinics in North America in FY22E; an expansion in footprint and reach provides greater upside potential.

As noted above, I’m skeptical about the ability of companies focussed mainly on drug discovery/development to deliver shareholder value if and when psychedelic therapies make it to the market. At this stage, I see companies such as Numinus, that are more heavily focussed on the delivery of therapeutic treatments, as being the best plays in the psychedelics space.

Ultimately, I can’t get to a BUY rating on a stock without having a robust view on valuation; this is something I hope to be able to build out in the future as some of the risks and uncertainties in the sector drop away. For now, I’m going to stick my neck out and give Numinus a HOLD rating based on a positive thematic outlook and my opinion that the group is one of the highest quality companies in the sector. I’ll close with a final, and rather obvious point – prudent investors should be mindful that as things stand today, all stocks in the psychedelics space should be considered high risk propositions.