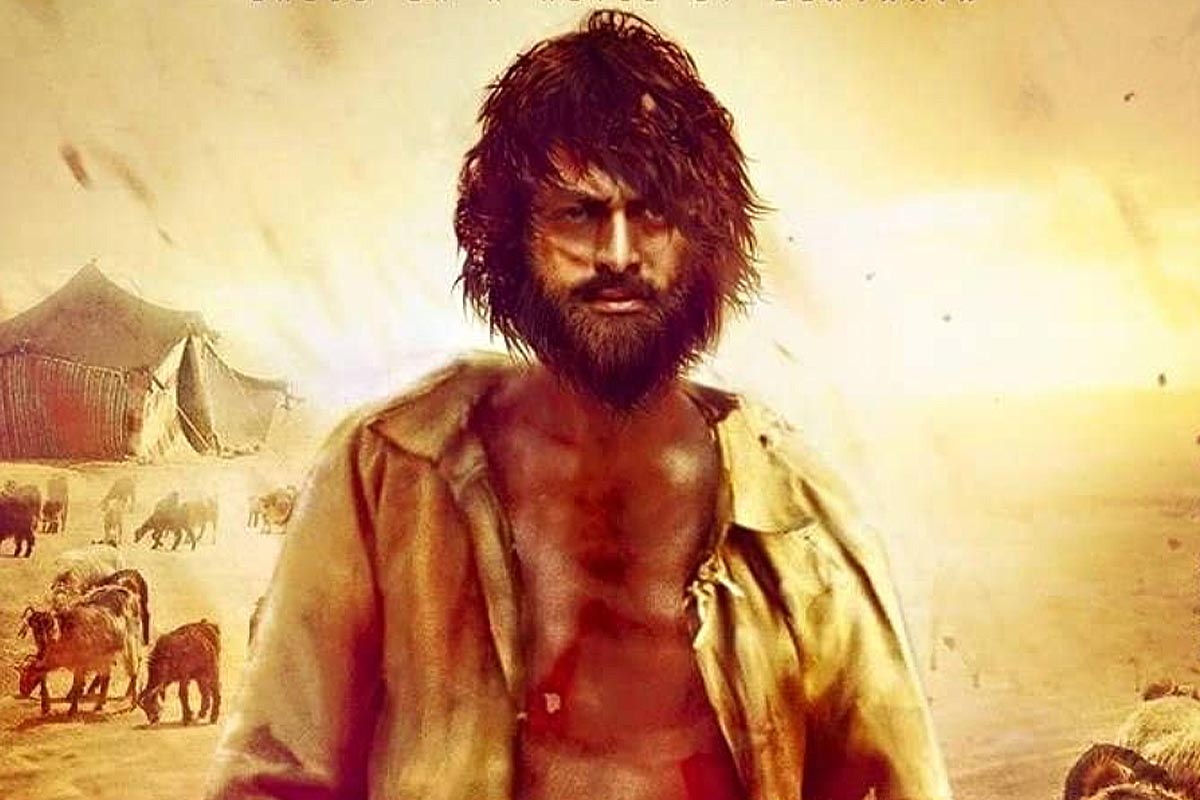 Fitness experts speak to TNM about celebrity-inspired diets and workouts, while adding that there is more awareness about health and fitness in the film industry than earlier.

Malayalam actor Prithviraj Sukumaran is in the middle of intense physical as well as mental training, preparing for his role in the eagerly-awaited upcoming movie Aadujeevitham. Much like risky stunt videos that come with statutory warnings, Prithviraj’s physical training too is possible only under expert supervision. The actor’s celebrity trainer and fitness expert Ajith tells TNM that the regime has been physically and mentally taxing for the actor.

“We had come up with a diet plan in which his calorie intake was reduced gradually over the span of many weeks. The fitness training was centred around strength training, proper nutrition and supplementation,” he says.

Ajith also adds that given that the Aadujeevitham shooting happened in remote locations in Jordan, Algeria, and is currently taking place in the Sahara desert, the team has had to make do with the resources available at its disposal in terms of equipment and space to train. “Earlier, we had to work out for close to 30 days in a very basic setup in Gokarna. Similarly, training while shooting in other countries has not been easy. But Prithviraj sir has been determined,” Ajith shares.

Like Prithviraj, several actors including Ram Charan (RRR), Silambarasan (Vendhu Thaninthathu Kaadu), Jr NTR (RRR), Anushka Shetty (Size Zero, Baahubali), Rajisha Vijayan (June), Arya (Sarpatta Parambarai) and Bhumi Pednekar (Dum Laga ke Haisha) have undergone physical transformation in order to prepare for a role. Time and again, actors have left their fans stunned with the level of discipline and hard work they put into getting ready for their roles. But with the dialogue around fitness and wellness changing constantly, there are concerns about whether the methods used by celebrities to look the part are sustainable, and healthy.

Malayalam actor Fara Shibla gained close to 20 kg within a span of three to four months while preparing for her role in Kakshi: Amminippilla. She plays the protagonist Kanthi, who is disliked by the man she’s newly married to, because of her weight and also because he was forced into the marriage.

Speaking to TNM, Fara explains that she did not follow a diet while gaining weight for her role. “I ate chocolate bars and desserts to put on weight. During the film, I weighed 87 kg but I followed a no-sugar, no-carb diet and went back to 63 kg in the subsequent months,” she says. She goes on to say that while losing weight was an organic process, gaining weight involved an unhealthy diet, which had an impact on her health. “I had hormonal issues and developed pigmentation during the shoot,” she says.

Since the process was satisfying to her as an actor, Fara shares that if another physically demanding role comes her way, she would not mind following a regime that could have a negative impact on her health. “Production houses are not always equipped with the resources to do it in a sustainable way when the deadlines are tight. Besides, even in personal life, fitness is a journey with ups and downs,” Fara says.

She adds, “It is very difficult to find good roles because we keep getting typecast once we do a certain kind of role. If I hear a good script about a plus-sized woman that stands apart from the other stories we have seen on screen, I will be happy to take it up,” she says.

It is ironic that even when movies are bankrolled by bigger production houses that appoint expert fitness teams – comprising physicians, physiotherapists, nutritionists and others – to assist the actors during the process, headliners rarely have the space to say no to unrealistic targets. Forty-five-year-old Kiran Dembla, a body-building champion and celebrity fitness coach who has trained actors like Tamannaah Bhatia, Anushka Shetty and Ram Charan, among others, tells TNM that actors might try to achieve their fitness goals within the timeline set by the makers instead of letting go of the opportunity to act in a certain film.

“Especially when the movie is directed and produced by big names from the industry, it is natural that film stars will not want to turn down those opportunities. The production of the movie comes to halt if the headliner is unavailable, so there is a lot of pressure on actors,” Kiran explains. Videos and photos from rigorous workout sessions posted by actors such as Samantha, Arya and Silambarasan among others, which go viral online, indicate the extent of preparation that actors undertake for their upcoming projects.

The silver lining is that over the years, there is more awareness about health and fitness in the film industry than earlier. Actor Anushka Shetty, who is a yoga practitioner, decided to gain weight in an organic fashion in order to play the lead in the film Size Zero, which revolves around the life of a plus-size, courageous and independent woman who does not let her body image affect her mental health, until the man she is attracted to picks another girl. The rest of the film tracks how she stumbles upon unscientific and dangerous weight loss measures. Anushka, who gained 20 kg for the role and later lost weight to prepare for her role in Baahubali, chose natural methods for the same.

Junk food, albeit unhealthy, is often the go-to choice for gaining weight. Kiran, who trained Anushka and Tamannaah ahead of the Baahubali shoot, says, “Anushka decided to gain and lose weight by following a balanced diet. Even for Size Zero, instead of choosing fatsuits like other actors have in the past, she wanted to look the part and ensure that the portrayal is authentic.”

Kerala-based celebrity trainer Bheegaran whose clientele includes actors Jayasurya, Parvathy and Rima Kallingal among others, observes that fortunately the dialogue around fitness is no longer restricted to body-building. “Heroes were expected to work out and gain muscles, while heroines were expected to maintain a petite image. But in recent times, actors, filmmakers and production houses have woken up to the perils of following unscientific or short-term methods,” he says.

READ: Meet Hyd’s bodybuilding champ Kiran Dembla, one of the few women in the field

ALSO READ: Meet Malayalam actor Shibla who put on 20 kgs for a role and then lost it all

News stories focusing on the fitness regimes of celebrities have been used by production companies as a part of promotions, and also appeal to a large section of audiences. With fad diets and extreme workouts gaining popularity, trainers point out that media reports can be misleading if they lack all the information pertaining to a celebrity’s physical transformation. It is important to note that unscientific diets and workouts pose serious threats and have a drastic impact on one’s wellness.

“After watching Dangal, I recollect telling my coach that I want to undergo a similar transformation. It is natural for audiences to be influenced by actors. But they often fail to understand that celebrities train for years together. So they’d be comfortable working on different routines under a short span of time,” says Bheegaran. He also uses the example of actor Prithviraj to explain how working out for several years helped him go through the intensive training for Aadujeevitham.

Ajith, who does not exclusively train actors, points out that diet and exercise routines devised by trainers are highly personalised. Painting a picture of how any regime should be reviewed on a case-to-case basis, he shares that a Ketogenic diet (high-fat and low-carbohydrate based diet), or a vegan diet might not work for people who are accustomed to Indian diets and native food.

Agreeing with Ajith, Kiran states that fitness training needs to be holistic and focused on overall wellness. “It is understandable that the media shares information about celebrity workouts since it is appealing and also inspires many to think about their wellness too. At the same time, the media has the responsibility to present all the facts,” she shares.

“Ideally, media reports should either be comprehensive so that they are not misleading for viewers/ readers, or can be devoid of specifics, so that people are inspired and moved by actors’ workouts but don’t imitate them without seeking professional advice,” says Ajith.

Incorporating sustainable and healthy lifestyle changes can be an uphill battle at a time when we are a click away from fast food, but Ajith observes that personalised fitness training can be devised to avoid such temptations.

“Even if people follow crash courses and low calorie diets, they might go back to their usual routine within a few days or weeks. People need to find plans that are sustainable so that they don’t end up becoming weaker by the end of an ‘instant weight loss/ weight gain’ plan,” Bheegaran tells TNM.