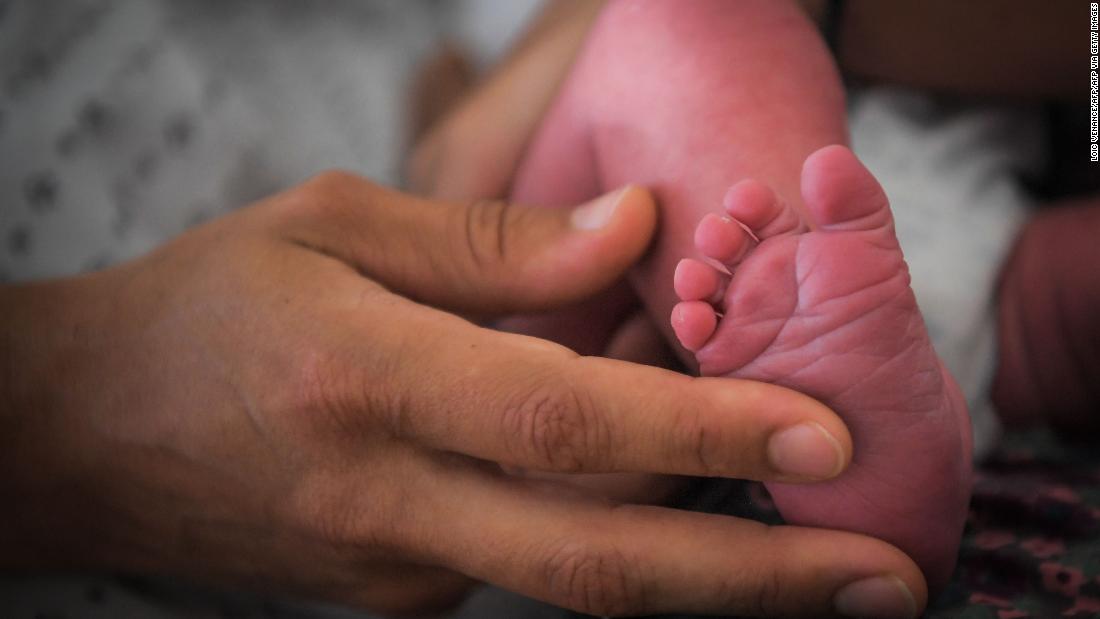 About 3,400 babies die from SIDS in the US each year. There is no immediate or obvious cause of death, according to the US Centers for Disease Control and Prevention. Experts don’t know which babies are at risk for SIDS or what causes it.
For their study, published May 6 in the journal eBioMedicine, the researchers measured levels of an enzyme called butyrylcholinesterase (BChE) in blood samples from 67 newborns who died of SIDS and other unknown causes between 2016 and 2020. They compared these levels with those in the blood of 655 babies in a control group and found that the children who died of SIDS had significantly lower BChE levels than living children or those who died of other causes.

SIDS usually happens when a child is sleeping. Experts have speculated that it’s associated with problems in the part of an infant’s brain that controls breathing and waking. BChE is an enzyme of the cholinergic system, part of the autonomic system, which controls functions like blood pressure and breathing. The study authors say more research is needed to determine whether BChE tests might be able to identify and prevent future SIDS cases.

Smoking during pregnancy is one of the risk factors for SIDS, along with things like family history and premature birth. The researchers noted that animal studies have shown a tie between secondhand smoke and lower BChE. However, many other changes in the first six months of life are also likely to affect these enzymes and the nervous system in general.

The researcher who led the study, Dr. Carmel Harrington, an honorary research fellow at the Children’s Hospital at Westmead in Australia, lost her own child to SIDS 29 years ago, according to the Sydney Children’s Hospitals Network.

“Babies have a very powerful mechanism to let us know when they are not happy. Usually, if a baby is confronted with a life-threatening situation, such as difficulty breathing during sleep because they are on their tummies, they will arouse and cry out. What this research shows is that some babies don’t have this same robust arousal response,” Harrington told the network.

Harrington said this study shows that BChE is involved with this lack of arousal.

“Now that we know that BChE is involved, we can begin to change the outcome for these babies and make SIDS a thing of the past,” she said.

The study’s limitations include that the blood samples were more than two years old, so the findings don’t reflect BChE activity in fresh blood. The researchers also used coroners’ diagnoses rather than autopsy findings and included data on children between 1 and 2 years old, although SIDS is usually defined as involving a child who’s less than a year old.

Dr. Rachel Moon, chair of the American Academy of Pediatrics’ Task Force on SIDS, noted the study’s small sample size and said the findings are not definitive.

“While the differences in blood levels of this enzyme were statistically different — even if this is confirmed by larger, additional studies — there is enough overlap in the blood levels between cases and controls that it could not be used as a blood test at this point with any reasonable predictive value,” she said.

Dr. Gabrina Dixon, director of advancing diversity in academic pediatrics at Children’s National in Washington, said the study was interesting, “but I wouldn’t call it a thing yet. It could be promising for future research, but it’s such a small number of kids in this study, you need a lot more numbers to say that this is what it is.”

“This is progress, and for that we should be optimistic, but it’s not the entire answer,” CEO Alison Jacobson said in a statement. “Our concern with the development of a test for the vulnerability to SIDS is with parents having a false sense of security and adopting unsafe sleep practices.”