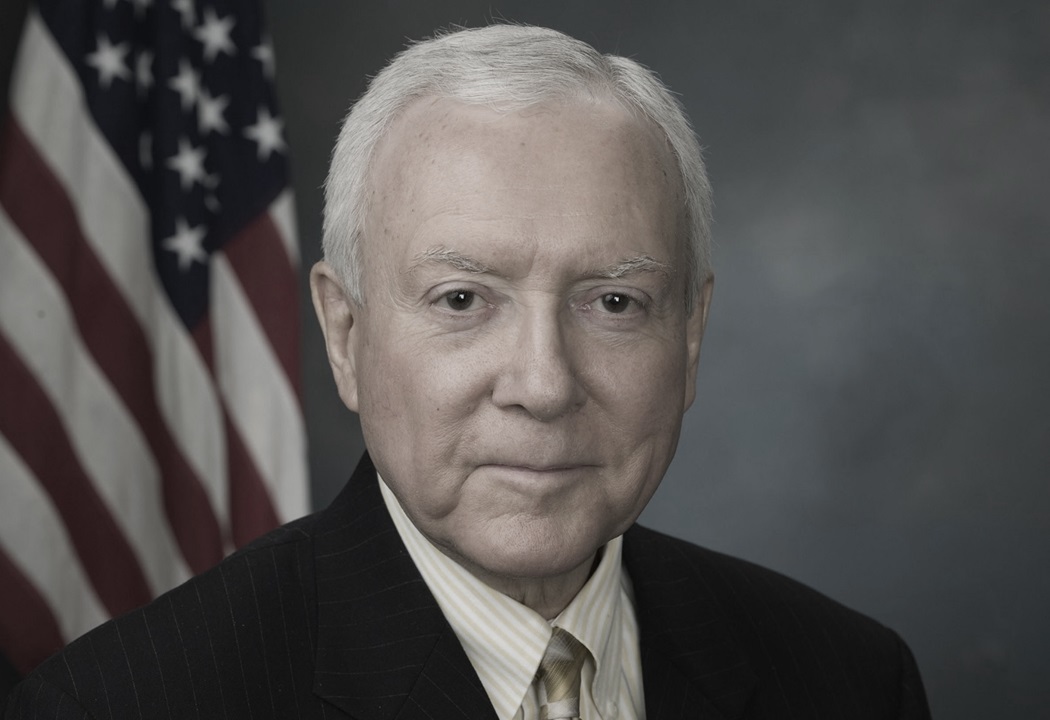 Sen. Hatch, the longest-serving Republican in the history of the U.S. Senate, is revered within the dietary supplement industry as the co-sponsor, along with former Sen. Tom Harkin, D-IA, of the industry’s overarching legislation, the Dietary Supplement Health and Education Act (DSHEA) of 1994.

Scott Bass, Global Life Sciences Partner, Sidley Austin LLP, and one of the key architects of DSHEA, told us: “Orrin Hatch was an inspiration. And a great example of how Republicans used to work together with Democrats even when ideological differences were so huge. He was principled and tactically brilliant. ​

“I worked with him and with Trish Knight on and off for over a decade while I served as general counsel to the largest health food trade association. Orrin asked me to lead the industry part of the drafting of DSHEA, and navigating this along with Loren Israelsen, it was an unforgettable life experience.”​

Israelsen, who is President of the United Natural Products Alliance (UNPA), stated: “​I had the good fortune to meet the Senator 45 years ago, working on his staff. ​

“As I reflected on his life and extraordinary legislative career I felt a great sense of gratitude for that fortuitous time in Washington, which changed the course of my own career and life experience.  Many others no doubt feel the same.​

“To some he is an iconic name, the champion of our industry who created the framework for a thriving industry.  He did this because he believed in the value of supplements, when so many of his Congressional colleagues thought otherwise.  He was immaculate in his attire, a song writer, courteous and respectful, the longest serving Republican in the history of the US Senate, and one hell of a fighter.  ​

“DSHEA exists because he refused to give up when all around him were battle weary and ready to throw in the towel.  He would not let us, and rallied the troops more than once.​

“Over the years many of those who fought for health freedom have passed on, and now our champion has joined them.”​

Patricia Knight, UNPA’s Senior Political Advisor, was the former Chief of Staff for Sen. Hatch. Knight stated: “I ‘cut my teeth’ on DSHEA early on in my 15-year Senate career, and sincerely doubt Senator Hatch would have ever promoted me to Chief of Staff had we not enjoyed the success we did in pushing for this ground-breaking law. I became a true Hatch devotee from that intense experience, as I saw how time and time again he masterminded enactment of the bill over a three year period, steeping himself in the intricacies of food and drug law, working closely with Loren, UNPA and our members.​

“DSHEA’s framework has not only withstood the test of time, but more importantly it has benefited both consumers and industry as we strive to help people have the options they want to lead more healthful lives. This could not have happened without the strategic genius and persistence of Senator Hatch, and the critical partnership with Senator Harkin and Peter [Reinecke, Sen. Harkin’s former Chief of Staff, and now also Senior Political Advisor for UNPA]. It is clear to me that no one else in the Congress could have achieved this victory.”​

“A titan of the Senate”​

Daniel Fabricant, PhD, president and CEO of the Natural Products Association, said: “The term gets over-used, but Senator Hatch was a titan of the Senate. Responsible for more legislation than any other Senator in the history of the body. It is a huge loss for the country and for our industry. ​

“Senator Hatch above all else was a fighter, from his days as a boxer to his battles in the Senate to give Americans a choice when it comes to their health and wellbeing. He is a big part of the reason why Americans’ have access to one of the most innovative and safe marketplaces for foods, dietary supplements, and drugs in the world. ​

“He worked tirelessly and brilliantly across the aisle while always maintaining his principles and values, ensuring that legislative decisions were made by legislators and there wasn’t overreach or red tape by bureaucrats.” ​

Steve Mister, president and CEO of the Council for Responsible Nutrition, stated: “Senator Hatch was a tremendous statesman and champion for the dietary supplement industry. Our members and dietary supplement consumers owe him immeasurable gratitude for his unwavering support for this industry and his tenacious defense of the ability of consumers to make their own decisions about their health regimens and to have access to these products. ​

“It is no overstatement to say that the industry as it exists today was brought into being by Senator Hatch and his Democratic counterpart, Senator Tom Harkin. The two founding fathers of this industry co-sponsored and championed the Dietary Supplement Health & Education Act of 1994, recognized as the foundational law for today’s supplement industry. ​

“Beyond his defense of dietary supplements, Senator Hatch amassed a formidable legislative record and was an influential statesman forging not just alliances, but deep friendships with those across the political aisle. ​

“His willingness to seek compromise and consensus—traits too little in evidence today—are worthy of our emulation. While we mourn his loss and extend our deepest heartfelt sympathies to his family, friends, and staff, we know we are all also much indebted to his legacy.”​

“DSHEA will be remembered as his greatest public health legacy”​

Mark Blumenthal, Founder & Executive Director, American Botanical Council, told us: “Sen. Hatch’s (and Sen. Tom Harkin’s) political leadership in championing the creation and passage of DSHEA has had an enormous impact on the personal health of millions of people, not only in the US, but worldwide.​

“In the years since the passage of DSHEA in October 1994, the market for botanical dietary supplements in the US and globally has expanded significantly, as documented by many market reports. DSHEA created a legal framework and a regulatory platform on which all dietary supplements – particularly herbal DS — could be marketed without undue or irrational regulatory obstacles, which characterized the regulatory scene in the years prior to DSHEA. ​

“A beneficial consequence of DSHEA is the explosive increase in published human clinical research on botanical dietary ingredients and dietary supplements – much of it based on the legitimization of these ingredients and the maturation of the market, and also on companies’ attempts to substantiate their structure/function claims (authorized by Section 5 of DSHEA) for their ingredients and finished products.”​

Vasilos (Bill) Frankos PhD, former director of the Division of Dietary Supplement Programs at the FDA, and recently retired from his position as SVP Global Product Science, Safety and Compliance at Herbalife, commented: “Senator Orrin Hatch was the type of politician who knew how to reach across the aisle because he cared about public health and wanted to give the public a choice in their own health decisions.​

“His type of bipartisanship is sorely missing in Congress today and I doubt a major public health initiative like DSHEA would ever see the light of day. DSHEA will be remembered as his greatest public health legacy and the supplement industry has lost a real friend.”​