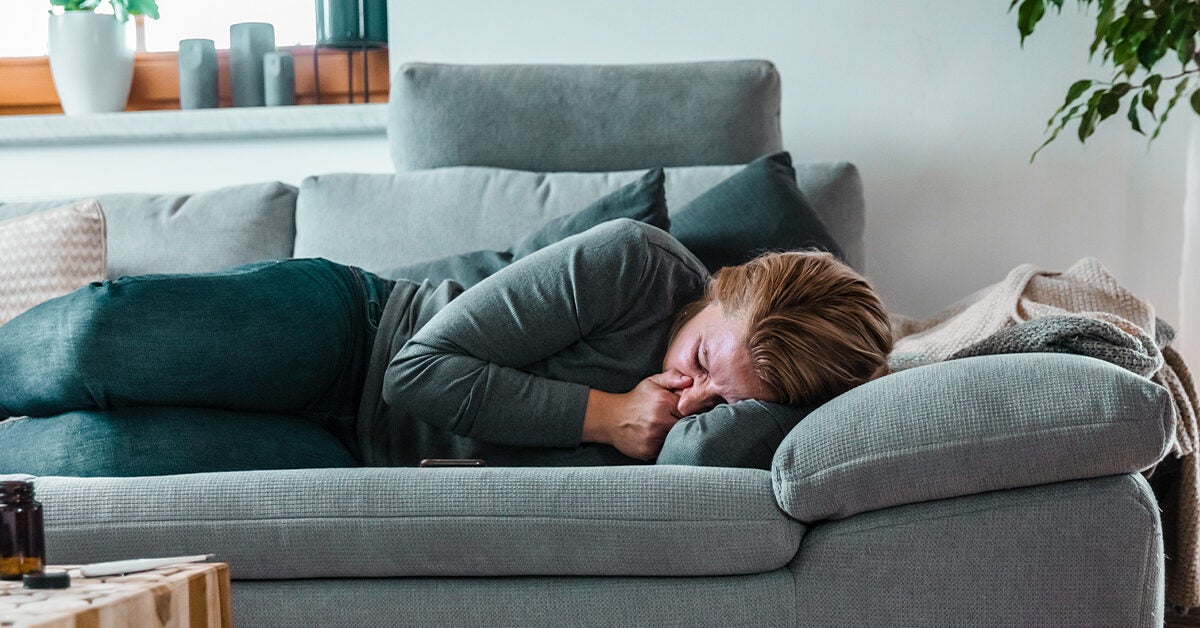 Superior mesenteric artery (SMA) syndrome is a rare type of compression of the small intestine. It’s a treatable condition, but a delayed diagnosis can lead to more severe symptoms or even death.

SMA syndrome has gone by many other names, including:

Read on to find out more about SMA syndrome and what to expect if you or someone you know has it.

Symptoms of SMA syndrome will vary from person to person, and they’re generally nonspecific. For some people, symptoms will intensify gradually, while for others they’ll develop rapidly.

Common symptoms of SMA syndrome include:

The first section of your small intestine is called your duodenum. Below your stomach, your duodenum passes between two arteries: your abdominal aorta and your superior mesenteric artery.

Typically, people have a pad of fat that acts like a cushion for your SMA, keeping it away from your spine, renal vein, and duodenum. If you have SMA syndrome, this mesenteric fat pad is too small, and your SMA presses your duodenum against your abdominal artery.

There are many reasons why the mesenteric fat pad might get smaller, but it’s usually with significant weight loss.

Typical weight loss causing SMA syndrome isn’t something you need to worry about, so you can stick with your workout routine if you have one.

Some of the causes of weight loss associated with SMA syndrome are:

In younger people, SMA syndrome is often a consequence of spinal surgery used to treat scoliosis.

SMA syndrome is a rare disease. Experts estimate between 0.1 and 0.3 percent of the U.S. population has SMA syndrome.

People of any age can have SMA syndrome, but it’s most common between the ages of . It’s also 50 percent more common in females.

There’s no evidence that race or ethnicity increases your risk of SMA syndrome, and it’s not considered to be an inherited disease.

Most people who have SMA syndrome don’t have relatives who share the diagnosis. There are some reported cases of SMA syndrome within families or identical twins, so it’s still possible your genes might be a risk factor.

Some people are born with slight physical differences that could increase their risk of SMA syndrome. This could include differences in the length of a ligament that supports your duodenum, or the exact angle and location of where your SMA branches from your abdominal artery.

However, if you have one of these congenital differences, it’s unlikely that you’d know it until after being diagnosed with SMA syndrome.

When your SMA and your abdominal aorta pinch your duodenum, you have SMA syndrome. That same pinch point can also compress your renal vein, which leads to a condition called nutcracker syndrome.

It’s not common to have both diseases at the same time, but .

Other complications of SMA syndrome include:

When treating SMA syndrome, doctors will focus on addressing the cause.

This usually means first taking a noninvasive approach and restoring the mesenteric fat pad to relieve pressure on your duodenum. This is accomplished through controlled weight gain.

If you are severely malnourished, you may need to start with intravenous (IV) fluids or a feeding tube. When your doctor deems it safe, you can begin taking liquid nourishment orally and then move up to calorie-rich soft foods and solids.

During this time, you might be prescribed medications to prevent you from vomiting.

If this approach doesn’t work, surgery may be required. Surgical interventions could mean repositioning the duodenum or the SMA, or bypassing a section of the small intestine to avoid the pinch point.

The symptoms of SMA syndrome are fairly vague, and it’s not a very common disease. This can make it hard to diagnose it quickly.

However, treatment delays can lead to significant complications, poorer outcomes, or even death, so it’s important to catch it as early as possible.

Unexplained weight loss is an indicator of SMA syndrome as well as other serious conditions. If you are losing weight and have persistent vomiting or pain, you should seek medical care.

SMA syndrome can be difficult to diagnose because the symptoms are not specific to this condition. Doctors will use diagnostic scans to rule out other diseases and confirm SMA syndrome. Some they may use are:

The long-term outlook for people with SMA syndrome depends on how quickly it’s diagnosed and treated.

With early detection and treatment, the outlook can be excellent. Noninvasive treatments that focus on weight gain can take 4 to 6 weeks.

Follow-up care will be determined on a case-by-case basis and may be needed to manage physical and mental symptoms for some time.

You may need to meet with a dietitian or mental health professional to manage lifestyle changes that can improve your symptoms.

If the diagnosis is late into the disease’s progression, the interventions will be more severe, and it could be fatal.

SMA syndrome is a rare disease defined by the restriction of part of your small intestine between two arteries. For most people, this happens after significant weight loss causes the mesenteric fat pad to shrink, which then leads to the intestine becoming pinched.

If you receive a diagnosis quickly, a medical team can help you manage the condition, usually by increasing your calorie intake. If this doesn’t work, there are surgical options available.

However, SMA syndrome can be fatal if left untreated, so it’s important to seek medical help if you think you might have the condition.

The symptoms of SMA syndrome can be similar to many different diagnoses, but if you’re losing weight, vomiting, or in pain and you don’t know why, it’s best not to wait. Let a doctor determine the cause so you can get back to feeling right.