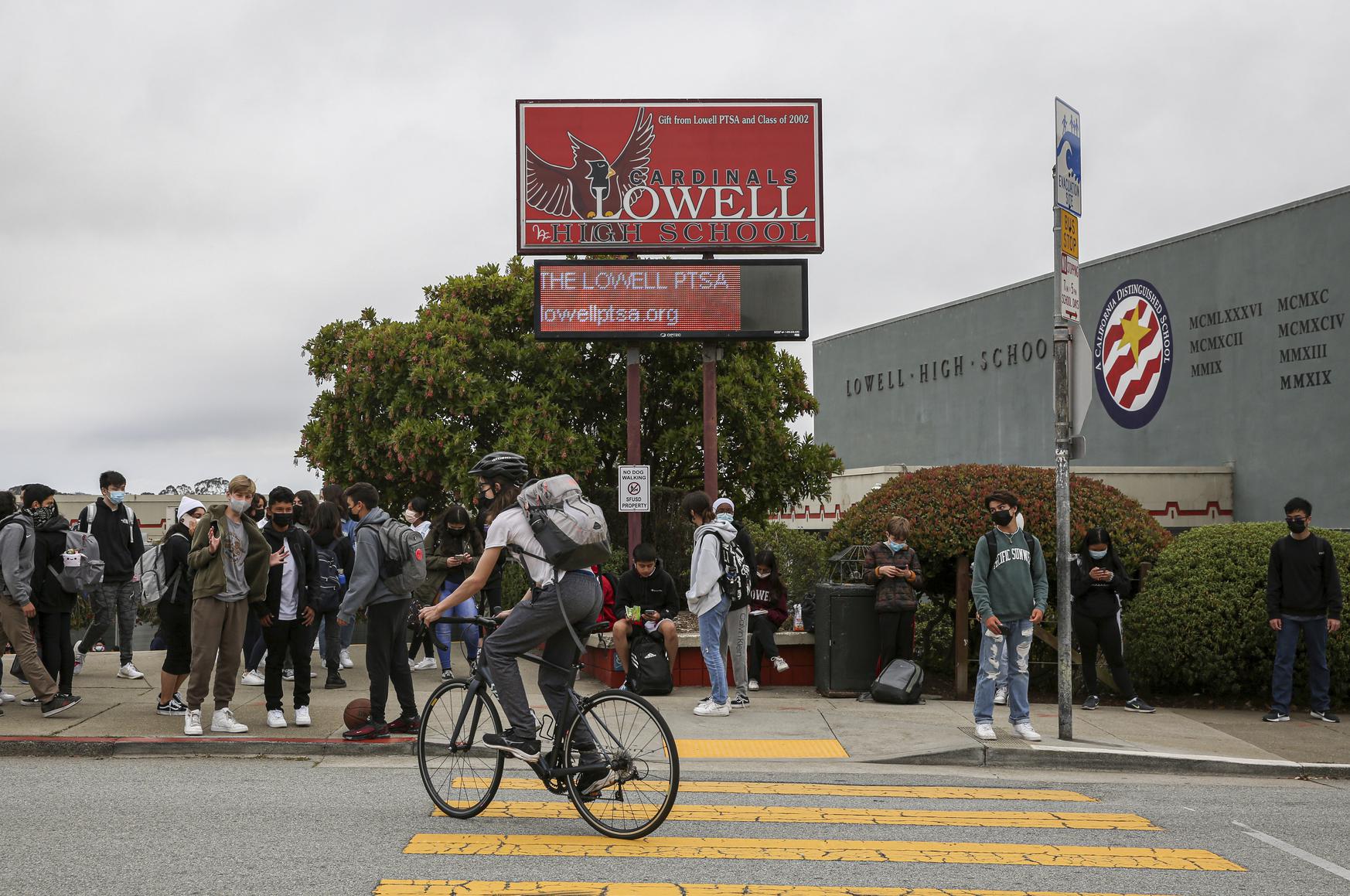 The documentary “Try Harder!” by filmmaker Debbie Lum gives viewers a remarkable look into the lives of the talented students at San Francisco’s most elite public high school, Lowell. As an administrator at UC Santa Cruz, however, it was impossible for me not to notice the glaring light the film cast on the warped social and racial dynamics of elitism embedded at the school and in the college application process.

I was struck but not surprised by an early scene in the film, where a Lowell teacher declares to a roomful of senior applicants: “You are not too good for UC Santa Cruz, Merced or Riverside!”

The students stare back in silence, unpersuaded, from the depths of their stress, where the pressure to pursue elite colleges are a driving force in the culture of overachievement.

Months later, as decisions land in the spring, one student says, “I killed myself for three years … and I got into UC Santa Cruz.”

He shrugs his shoulders with disappointment.

Public schools like UC Santa Cruz offer poor and working-class students the chance for real social and economic mobility. However, the focus on elite universities at places like Lowell too often serves as a corrosive force that causes these students to overlook potentially invaluable educational opportunities.

In fact, Lowell’s culture of fetishizing elite universities almost always works against hardworking and competent kids, whose most difficult competition often isn’t with one other, but with the “legacy” privilege and wealth that plays prominently in college admissions. Having benefited from expensive college counselors, tutoring and other scaffolding afforded by wealth, students who are accepted to elite institutions are far more likely to have relied on their ability to pay and on scholastic abilities that are too often a function of access to resources.

For the rest, the race for Ivy League bragging rights puts mountains of pressure on students that affect their mental health and wellness for years.

“Try Harder!” shows us how these stresses are compounded by parental and cultural pressures faced by Asian American students, who form a majority of the students at Lowell.

In the film, we watch Lowell student Alvan Cai, a goofily lovable, hard-working son of Taiwanese immigrants break into explosive dancing at his desk, at the dance and in the hallways. These adorable outbursts are actually a force of resistance with the “box” his mom places him in. A high-achieving student, he “likes pressure, but not too much pressure” as his mom forces him to apply to more and more high-status colleges. He applies to 26, and we see him receive a number of rejections that affect his self-image and strain his relationship with his mom.

We also watch Sophia Wu apply to nine of the country’s most elite schools — with UCLA and UC Berkeley as her safeties (each with under 15% admission rates). The self-driven daughter of Chinese immigrants, captain of the varsity tennis team and editor of the school paper, Wu also works at an ice cream shop after school, something privileged kids like those of from the Varsity Blues college admissions bribery scandal most likely never had to navigate. She’s on the job when she receives denials and joins wait lists from each Ivy League school she applied to, one after another, all within a minute or two.

Senior year is supposed to be about students blooming into young adulthood, a preparation for launch. In Alvan’s case, parental pressures infantilize him and wedges him between his parents’ wishes and his own self-definition. Meanwhile, Sophia’s self-imposed elite ambitions trap her in a premature adultification; she projects a future self instead of enjoying the waning moments of her childhood.


The students illuminated by “Try Harder!” resonated deeply with me as an Asian American woman and as an academic dean who works to make higher education an important — albeit admittedly imperfect — vehicle to address socioeconomic disparities in our nation. College is where we strengthen individual abilities and become part of a tradition of critical inquiry and historical analysis in order to make change in the world. What is largely lost in Lowell’s culture of overachievement is what senior year should be about: beginning self-discovery that awakens a lifelong, multidimensional curiosity.

In “Try Harder!” Chinese American Ian Wang’s family — San Franciscans for multiple generations — provides a commendable model for parenting and schooling. His parents do not burden him with their own dreams and instead allow him to explore his own. While he may not be competitive within the Ivy League race, he nonetheless lands admission to a leading private research university on a full scholarship for four years (including two years at the attached junior college).

If the goal of education is self-discovery, Ian and his family are our moral compass.

Hard work at school can reap affirmation of one’s ability and talent that the focus on elite colleges can distort. If schools like Lowell are going to pressure their students to try harder, it should be in service of the process of self-discovery, rather than the pursuit of institutional elitism that more often than not serves as a breeding ground for self-doubt.

Celine Parreñas Shimizu is the arts dean at UC Santa Cruz. Her new book, “The Movies of Racial Childhoods,” is forthcoming from Duke University Press.