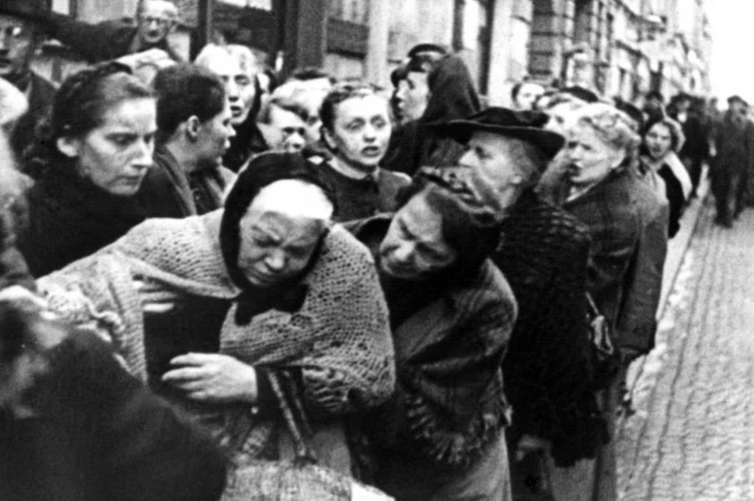 Famines should be relegated to the history books, leading expert Cormac Ó Gráda argued in 2007, since “given good will on all sides, famine prevention should be ‘easy’”. Unfortunately, the current Russia-Ukraine war has revealed that good will is no longer on all sides. The UN is warning that the ongoing Russian blockade of Ukraine’s grain exports may trigger a global food emergency that could lead to famines.

Ukraine, known as the breadbasket of Europe, is struggling to export last year’s harvest and may be unable to produce much this year either. In addition, the war has caused a global fertiliser shortage, which will push up food prices around the world too.

Coming at a time when the global pandemic had already increased food insecurity and depleted resources around the world, many countries may not be resilient to a major food crisis brought on by the war. Back-to-back global catastrophic events like this have not happened for close to 100 years.

The 70 million people who died because of famines in the 20th century is more than the battlefield death toll of the two world wars combined. Most of this was associated with wars, with only one notable exception: the Ukrainian famine of 1931-33, known as the holodomor.

The holodomor caused the deaths of 2.6 million people out of a population of 32 million. Rival scholars have blamed weather, genocide and Stalinist economic policies for this disaster. However, recent work convincingly shows that it was a direct consequence of the Stalinist collectivisation of agriculture.

Soviet policies meant that land, livestock and implements belonged to collectives, but it was governments that set plans for what and when to plant. Harvested grain was put into storage and the government took its share before allocating the remainder to the collective members. Soviet governments prioritised feeding industrial workers over farmers.

This didn’t only happen in Ukraine. The holodomor was actually part of a wider Soviet famine which killed between 6 to 8 million people. The other areas affected were primarily agricultural areas in modern-day Russia and Kazakhstan. The obvious parallel with today is that both crises have been caused by authoritarian despots.

Another useful analogue is the case of Germany during the first world war. When war broke out in 1914, the German authorities had anticipated a short conflict — not too dissimilar to Russian assumptions a few weeks ago.

Just like in Ukraine now, the first world war severely disrupted German farming. Nitrogen was diverted away from fertiliser towards munition production. There was a shortage of manpower as farm labourers were enlisted in the war effort. Together, these led to shortfall in agricultural production that led to severe shortages. Exacerbated by an inability import enough food in wartime, civilians perished.

There were famine-like conditions in the country by the end of the war, and then the Spanish flu struck. Researchers suggest that this crisis fell disproportionately on the poorest citizens of the country, just as the current food crisis will be disproportionately felt by people in those countries that rely on cheap Ukrainian imports.

Isolated cases of harvest failure can be compensated by food imports. But this is predicated on food being abundant elsewhere and transport capabilities and infrastructure remaining intact. The fact that Ukraine is normally the source of abundant food used to feed the world’s hungry is what makes this situation particularly difficult.

Rationing systems cannot solve famines. If there is simply not enough food to go around, then any amount of rationing will not have an impact. Only in isolated situations, such as in besieged cities, can food aid reduce human suffering.

The UN Food and Agriculture Organization’s food price index, a gauge of food prices around the world, already hit an all-time high in February. Further increases seem inevitable, and this has caused famines in the past: the Indian economist Amartya Sen famously identified rising food prices as a major cause of the Bengal famine of 1943, which killed between 2 and 4 million people.

Price controls may not be very helpful either. Officials in Germany attempted this during the first world war, but it led to unofficial markets where prices were close to 20 times the official price.

The historical evidence suggests that increasing supply elsewhere in the world is the best way to mitigate food price inflation. For example, grain imports from the United States helped alleviate some of the shortfall caused by potato harvest failure in Ireland in the 1840s (while many people emigrated in the other direction).

This time around, production of wheat in other parts of the world is certainly needed. Finding good substitutes to other Ukrainian produce is also necessary, as Belgium’s frites makers have recently discovered. But at the moment, it is unclear which countries will be able to fill the large void left by the lack of production in Ukraine.

Gathering reliable intelligence about the possible severity of global food shortages is necessary to decide on effective solutions. It’s equally important to model likely price levels by the time of the harvest season and communicating the results of these models to frontline farmers.

Farmers globally need to know what market price they can expect in order to make informed business decisions. Those farmers who anticipate higher prices for their produce by harvest time are more likely to till currently unused fields. However, it might already be too late in the year for such efforts to mitigate the full impact of the current crisis.

Countries that are most vulnerable to food inflation include Egypt, Syria and Afghanistan. Such nations must be prioritised for aid to increase production themselves. In the long term this will mean less need for aid, less human suffering, and an improved chance for farmers in less developed economies to benefit from a rich harvest of their own.

Future famine risks relate to how the world adapts to climate change. Our success at navigating the first serious global challenge to food security in the 21st century will indicate how well equipped we are to tackle multiple catastrophes in the future. We cannot prepare for one crisis in isolation. We need to think about how crises interact.

We are a voice to you; you have been a support to us. Together we build journalism that is independent, credible and fearless. You can further help us by making a donation. This will mean a lot for our ability to bring you news, perspectives and analysis from the ground so that we can make change together.