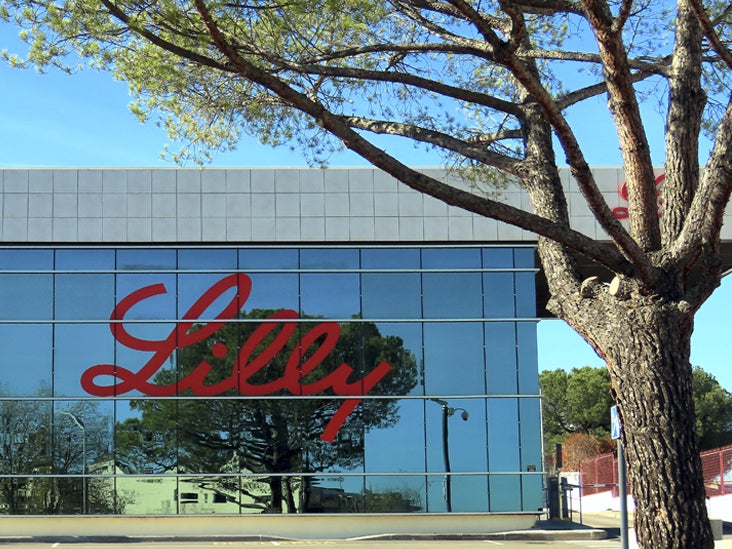 Participants in a clinical trial lost over 50 pounds on average when they were treated with the highest dose of a new hunger suppressant, according to the drugmaker Eli Lilly.

While the drug called tirzepatide has made headlines, it is important to note that it is still experimental and has not been approved or authorized by the Food and Drug Administration. Additionally, the initial research has been made public by the drug maker Eli Lilly and has not yet been published in a peer-reviewed medical journal.

While it is still early, some medical experts say that new treatments are needed to treat obesity.

“Obesity is a chronic disease that often does not receive the same standard of care as other conditions, despite its impact on physical, psychological and metabolic health, which can include increased risk of hypertension, heart disease, cancer and decreased survival,” study investigator Louis J. Aronne, MD, of Weill Cornell Medicine in New York City, said in a statement.

According to Eli Lilly, the trial was a double-blind, placebo study run at multiple centers with 2,539 participants. The researchers compared the efficacy and safety of tirzepatide in varying doses to a placebo.

The drug combines synthetic mimics of two hormones called and GIP that our bodies naturally release after a meal to make us feel full.

Trial participants, who weighed 230 pounds on average at trial start, self-injected tirzepatide once per week at varying doses or a placebo.

The people participating in the study had obesity and had at least one comorbidity including high blood pressure, obstructive sleep apnea, or cardiovascular disease. No one had type 2 diabetes.

A reduced-calorie diet and increased physical activity were followed by all participants during the 72-week study period.

However, participants injecting the placebo only lost about five pounds on average, even though they also cut calories and increased exercise.

Commonly reported adverse events included nausea, constipation, and diarrhea. They were generally mild to moderate in severity, and typically occurred when the dose was increased.

Butsch added that it’s the first drug to produce an average of 20 percent weight loss.

“Which is twice as much as the current obesity medications outside this class,” he said.

“To have a highly effective medical treatment is an important step in treating the disease of obesity and helping our patients who commonly think that if a lifestyle change doesn’t work then bariatric surgery is the only option,” continued Butsch.

While this drug has made headlines for its initial findings, Jeffrey G. Dyo, MD, Internal Medicine at UCI Health in Irvine, California, said that it will likely not be a simple solution for people looking to keep the weight off permanently.

Dyo believes that people taking tirzepatide might have to continue using the drug to maintain their weight loss.

“Obesity is considered a chronic medical disease and may persist or relapse for months to years in duration,” he said.

However, he pointed out that studies with similar weight loss medications suggest ceasing use may lead to regaining the lost weight.

“The duration of therapy indefinitely or long term has not specifically been studied yet in tirzepatide,” he said.

Dyo noted it’s possible that certain individuals could keep the weight off once they’ve achieved their goal.

Shailendra Patel, MD, PhD, Division of Endocrinology, Diabetes and Metabolism at the University of Cincinnati College of Medicine, told Healthline that approaches to weight loss have typically involved dieting but that diets often result only in short term weight loss because they are extremely difficult to stick with for an indefinite period of time.

“The reason that all these diets fail is that human beings cannot stick with any one of these diet plans forever,” he said.

The reasons for obesity and why it is difficult to lose weight are complex. Certain hormones or health conditions can lead to weight gain in addition to a lack of healthy food options. have found that the human body often reverts to a “set point” for weight, so if a person has obesity, it can become extremely difficult to lose weight even with diet and exercise. There are people with obesity, who have a healthy diet and active lifestyle just as there are people with moderate weight who have an unhealthy diet and sedentary lifestyle.

Patel points out that due to the complexity of obesity relying on a single solution, whether a diet or a pill, is likely not going to work long term.

He said if people with obesity want to lose weight it may require multiple interventions some of which may include medical interventions.

Patel pointed out that even , which involves shrinking or bypassing the stomach through surgery, requires patients to change their long-term approach to diet and exercise for the best results.

Experts say that obesity is a chronic condition with underlying biological processes and that it’s possible people will need to stay on the drug long term to keep the weight off. They also say that regardless of method used, successful, long-term weight loss may include both drugs and lifestyle changes.