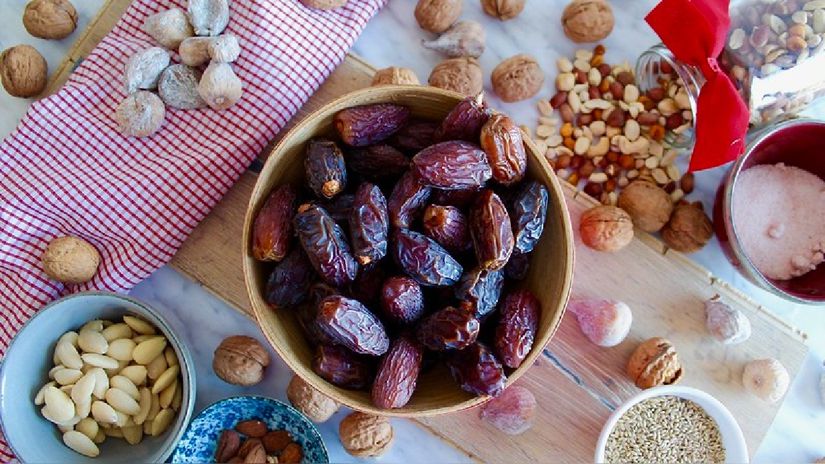 There is talk that mental illness is reaching pandemic levels, aggravated by the last two years of fighting the coronavirus. Especially depression, which at this point is one of the most common mental problems in the world. What role does our diet play in its prevention? Let’s see it.

It is well known that a poor diet is a fundamental risk factor for so-called non-communicable diseases. These are responsible for 7 out of 10 deaths in the world. Of these, cardiovascular diseases and cancer are the main ones.

But the thing does not stop there. Nutrients participate in all biological functions and, as such, are involved in the functioning of the immune system, the nervous system, energy production and much more.

For this reason, although it may surprise us a priori, food also affects our mental health. As early as 2014 there was evidence that a healthy diet was associated with a lower risk of depression. In 2018 new studies confirmed this relationship. At that time it was based on the follow-up of patients for several months or even years.

Not only this, but improved diet reduces depressive symptoms, according to a series of clinical trials with a more than remarkable number of participants. It is interesting that the results seem to be better in women.

Among the healthy diets that have been shown to be associated with depression is the Mediterranean diet. Adherence to this diet appears to confer some protection against depression, according to a 2019 review. At the time, the results seemed to depend on the type of study.

Since then, several investigations have confirmed the positive relationship of the Mediterranean diet with a lower risk of depression. One of them carried out by the University of Navarra in 2019. And another, smaller, in the Netherlands in 2020.

Fruit, nuts and fish as “antidepressants”

The Mediterranean diet is based on fruit, vegetables, olive oil, legumes, natural nuts, fish/seafood and white meat. The study of these food groups indicates that the consumption of some of them is associated with a lower risk of depression (fruit, nuts, vegetables, vegetables and whole grains, and also fish).

On the contrary, ultra-processed foods are related to an increased risk of depressive symptoms, according to a study in France. Another study in Brazil associates them with increased stress.

According to the NOVA classification, ultra-processed foods are foods made through the use of various industrial processes, which usually include combinations of added sugar, oils/fats or salt. In addition, they contain additives to prolong their duration or make them more palatable. Some examples are soft drinks or juice drinks, snacksmargarine, breakfast cereals, industrial pastries, ready meals, biscuits or energy bars.

Diets rich in fried foods, processed meat, high-fat dairy, refined grains, and sweet desserts have been shown to be associated with increased depressive symptoms. And something similar happens with fast food and industrial pastries.

As for nutrients, those that have been most extensively studied are omega 3 fatty acids, EPA and DHA. We obtain these mainly from fish and shellfish, with a higher concentration in fatty fish.

It has been seen that the levels of both are decreased in patients with depression. In addition, the treatment with omega 3 of patients improves the symptoms of depression, including insomnia, anxiety, feelings of guilt or suicidal ideation.

Another nutrient related to depression is zinc, present mainly in legumes, nuts, whole grains and meat. It has been proven that patients with depression have lower levels of this mineral in their blood. In addition, an association between the degree of zinc deficiency and the severity of depression has been described.

Some vitamins are also related to depression, especially due to their deficiency. These are vitamins B3, B6, B8, C and folic acid. Vitamin C can be found in fresh fruit and vegetables; while folic acid in vegetables and also in legumes, whole grains, nuts and eggs.

As for vitamins B3, B6 and B8, we can obtain them from eggs, meat, fish and whole grains.

Healthy diet for a healthy brain

We have many reasons to make healthy eating one of our priorities. A lower risk of mortality, diabetes or suffering from some types of cancer are the best known.

But it is also worth keeping in mind its protective effect against depression. Something especially important if we take into account that the WHO estimates that it affects 264 million people in the world and that in 2020 nearly 2 million cases of depression were diagnosed in Spain, with double the incidence in women.

This article was originally published on The Conversation. Read the original.

What we should eat (and what not) to prevent depression